Charity in Poker: Is It Time For Poker’s Givewell to Emerge?

In a week that has seen both the World Series of Poker and World Poker Tour announce the raising of close to $5m in charitable donations, Lee Davy ponders whether it’s time for the poker community to create a better system for evaluating effectiveness? 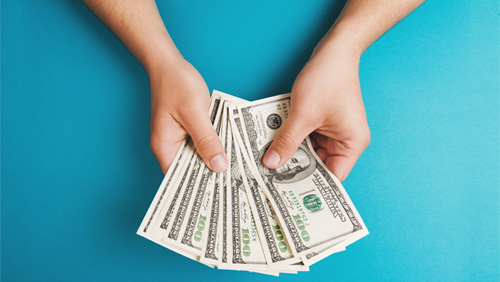 If you live in the UK, you cannot avoid the masses of people and shops selling poppies to raise money for the Royal British Legion. As you leave the supermarket carrying, produce taken for granted you don’t bat an eyelid when buying one. It’s for a good cause, right?

The Mail Online recently revealed that of the sales of over 800,000 ceramic poppies, sold last year for £25 each, only a third of the money found its way into the bank accounts of related charities.

Of the £23m raised through sales, only £9.5m was donated to charities representing forces. 60% of the money raised was either eaten up by costs or taken in revenue.

Maybe next time I will stop and think before buying a poppy; probably not.

How Effective Are Charity Poker Tournaments?

This morning, I woke to the news that the American people had elected a member of the World Wrestling Entertainment (WWE) Hall of Fame as the 45th President and that the World Poker Tour Foundation (WPTF) had raised $765,000 for the Children’s Hospital of Philadelphia’s (CHOP) Cardiac Centre.

The “All In” For Kids Poker Tournament, held Thursday, Oct 27 at the Mandarin Oriental, New York, is the ninth event organised to raise money for CHOP since Beth & Dan Shak thought of the idea back in 2008.

The Kibel Foundation helped support the event; Phil Hellmuth acted as MC, and over 280+ guests turned up including WPT Founder Steve Lipscomb, PokerStars Team Pros Vanessa Selbst and Victor Ramdin, and the former WPT Player of the Year Andy Frankenberger.

The Cardiac Centre handles foot traffic of over 30,000+ outpatients and 1,800+ inpatient admissions annually. In the four years, the WPT and CHOP have worked directly together they have raised $3m for charity. The WPT Foundation has raised $7m altogether.

I am sure the money will change many lives, but will it be used as effectively as it can be?

Is it Time For Greater Transparency With Charity Poker Tournaments

The WPTF isn’t the only poker related charity that has announced the ‘big number’ this week. The World Series of Poker (WSOP) and The One Drop Foundation also revealed they raised over $3.8m for charity during their $1m buy-in event held in Monte Carlo recently, and PokerStars announced that the Chad Brown Memorial Poker Tournament raised $19,400 for the T.J. Martell Foundation.

I believe in donating to effective charities. I see no difference between a child suffering in Cardiff and one suffering in Malawi. My worldview dictates that I give my money to organisations that will ensure that the largest majority of it goes towards those that need it. I also believe in the work that meta-charities do, and am aware that spending money on research on how to create greater funds for effective charities is equally as effective.

And then I think of the Chad Brown Memorial Poker Tournament and fully understand the desire to raise money for a cause that was close to his heart when he was alive. I am also aware that should my six-week-old daughter suddenly fall ill to one of the world’s major diseases my worldview may change.

Poker is becoming the world leader when it comes to a sport/game raising money for charitable causes. The One Drop Foundation and the WPTF have raised over $22m between them since they started using poker as a vehicle for reducing suffering, and that’s a lot of money.

There is a momentum within the poker community. Debates over the effectiveness of charities are conducted throughout social media daily. More and more people are joining organisations like Raising For Effective Giving (REG) and giving their time to attend charity poker tournaments throughout the world.

So it’s high time that someone, perhaps REG, takes the bull by the horns and provides the poker community with more guidance when it comes to the effectiveness of the event they are planning to attend. REG already do a good job of providing evidence on the effectiveness of charities, but how do we know if it’s more cost effective to donate money towards a charity poker tournament raising money for ‘x’ or donating that money to ‘y’ via a meta-charity like REG?

I think it’s time for poker to have it’s very own Givewell type charity evaluator. It can help the poker community to make more informed decisions on where to donate their time and money, and can also create a drive on behalf of the charities themselves to take a close look at their metrics to ensure that the poker community never has a poppy scandal on its hands?