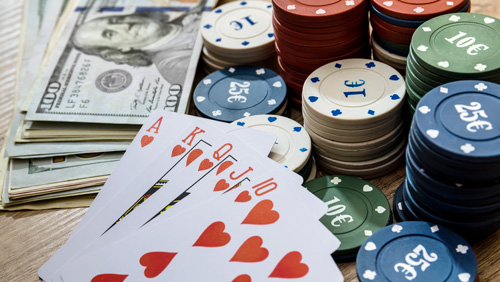 Two stories with a charitable tone including PokerStars raising $19,400 for the T.J.Martell Foundation for Leukaemia, Cancer and AIDS Research at the 3rd Annual Chad Brown Memorial Poker Tournament, and Dan Shak is matching donations up to $35,000 at Raising For Effective Giving.

The 3rd Annual Chad Brown Memorial Poker Tournament raised $19,400 for the T.J.Martell Foundation for Leukaemia, Cancer and AIDS Research after a strong turnout by PokerStars Team Pros at the PokerStars Festival New Jersey.

some mountain man in #runitup gear shipped the @Downtownchad Memorial Charity tournament! a great event for a fantastic cause @PokerStarsNJ pic.twitter.com/GRY8H7pkhx

The curtain has closed at the end of PokerStars return to live action in the US after Jason Acosta won the $1,100 buy-in PokerStars Festival New Jersey Main Event.

The festival didn’t haul in vast numbers of players, but it was a great marker for PokerStars in their journey to rebuild their live tournament brand in the States after a five-year absence.

Acosta beat, arguably the most in-form online poker player since New Jersey returned to the regulated scene in Michael Gagliano, to win the $38,220 first prize. Acosta showed the power of the online qualification route by winning his seat in a 5,000 StarsCoins online qualifier.

208 players entered the event, and Matt Affleck finished in the fifth position.

Dimi and Dan Shak in Raising For Effective Giving Push

If you want to do your bit for charity, this month then head over to Raising for Effective Giving (REG), the meta-charity that focuses on raising funds for effective charities as discovered by Givewell or through their own internal research.

Poker player and investor, Dan Shak, along with a person who wishes to remain anonymous going by the name Dimi, have promised to match any donation you may give to REG to the tune of $35,00, thus doubling the effectiveness of your dollar.

Dimi, who became aware of REG through the work of Liv Boeree, Igor Kurganov and Philipp Gruissem believes a matching challenge will motivate more people to get involved. Shak said he joined the matching challenge because he is a big fan of the work REG is doing.

50% of Jacobson’s donations that year went to effective animal charities. If you want to follow the Swede in doing the most good you can do for the animals then now is a great time.

Animal Charity Evaluators (ACE) is a non-profit created to help find the most effective animal charities in the world. If you would like to donate towards their research, they also have a matching challenge running through until the end of the year.

The Dimi and Dan Shak matching challenge ends at the end of November.

Here are the links if you want to dig deep: