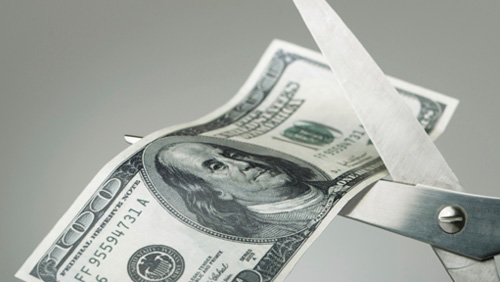 After a report circulated showing almost half of the money sat on the final table of the World Series of Poker Main Event went to the taxman, Lee Davy, takes a look at five taxes of a non-financial kind that poker players pay on a daily basis.

I remember when I used to receive a company bonus. I would cry, not because of the size of the gift, but because of the scale of the tax bill. I used to hate paying taxes, and then over time it became normalised, and I forgot about it.

So, this week, when I read an article from Russ Fox of Clayton Financial and Tax in Las Vegas about the amount of money the taxman made from the World Series of Poker (WSOP) Main Event Final Table I ignored it.

I mean, what’s the problem?

We all have to pay income tax.

Ok, maybe Kenny Hallaert doesn’t, but sooner or later the world will wake up to the fact that poker is a game of skill and some people play the game professionally, blah, blah, blah, and the tax man will come knocking on the requisite doors.

Here is the breakdown of the tax losses, courtesy of Mr Fox

Financial tax is the most common form of tax, but Stoic philosophy teaches you that there are numerous forms of taxation you pay on a regular basis.

What Other Forms of Tax Hit You in The Pocket at The Poker Table?

1# The Tax of Waiting

The professional poker player has to do a lot of travelling to ensure they find the right games. Hanging around in airport lounges, train stations, and bus stops are forms of tax poker players pay as part of their job.

2# The Tax of Gossip

If you become one of the best, then it won’t be long before the public eye finds you. After adorning the front cover of a few magazines and appearing on a few TV shows, you start to pay tax for being on the receiving end of snide gossip and public opinion.

3# The Tax of Frustration

You cannot be a robot at the tables, and you wouldn’t want to be. Being in tune with your emotions is a vital part of the game of poker. Removing emotion isn’t the key, neither is trying a form of control – instead, one must concentrate on acceptance. You will pay tax through your frustrations irrespective of how happy you may be with your game. Get used to it.

4# The Tax of Stress

Win or lose at the poker tables you will always pay the tax of stress. It’s the nature of the beast. The more success you attain doesn’t necessarily reduce the amount of stress in your life. Very often with more power comes more responsibility.

5# The Tax of Boredom

You cannot play every hand and neither should you. There will be long periods of inactivity where you will question why you are even playing in the first place. You are experiencing the tax of boredom.

As Ryan Holiday says in his great book The Daily Stoic ‘pay them and enjoy the fruits of what you get to keep.’