We are down to three players on Day 9 of the World Series of Poker (WSOP) Main Event after Michael Ruane left the party in fourth place. 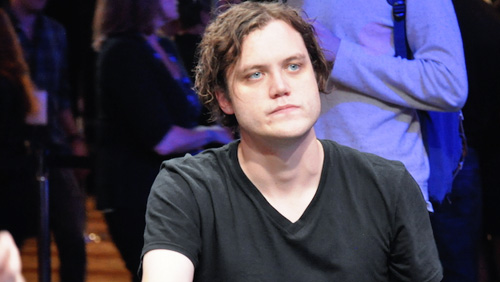 After Vojtech Ruzicka exited in fifth the smart money was on the short stacked Ruane to quickly follow him. He was repeatedly bashed about in the big blind by Cliff Josephy moving all-in every orbit in the small blind, and Ruane himself moved all-in several times to take the blinds and ante’s when this happened.

Qui Nguyen opened to 2,700,000 from first position and Michael Ruane moved all-in from the small blind. The big blind folded and Nguyen asked for a count. The dealer counted 15,700,000 and Nguyen made the call.

Nguyen was ahead, and remained so after the [9h] [9s] [2s] left Ruane with six outs to prevent him from leaving the competition. The [Jc] on the turn gave Ruane some extra straight draw outs, but the [8d] wasn’t amongst them and Ruane parted ways with the WSOP Main Event.