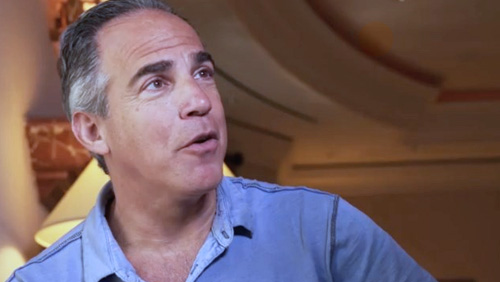 Cliff Josephy is not going out without a fight after seeing his chip stack get eaten alive by Gordon Vayo in a set over set clash, earlier.

He was put all-in by Qui Nguyen in a blind on blind spat but woke up with [Ad] [Td] to double through the [Kd] [8h] of Nguyen. Next, he moved all-in over a Gordon Vayo 2,600,000 raise and Vayo folded, and then he doubled up through Nguyen for the second time when Josephy moved all-in over a Nguyen 2,900,000 raise, and Nguyen made the call.

Nguyen was a 64% favourite to win the hand, but any king or nine would work for Josephy.

The dealer puts [Qs] [Ts] [7d] onto the flop, and Nguyen’s fans are sent into rapture as they can see he has hit top pair. However, the flop also handed Josephy a gutshot straight draw leaving him with 32% equity heading into the turn.

Josephy’s equity improves to 39% with the addition of the third spade.

The fourth spade hits to hand Josephy a flush and the chants of “Johnny Comeback” rain around the stands.

Josephy is right back in this thing with 39 big blinds; Nguyen is down to 76 big blinds.