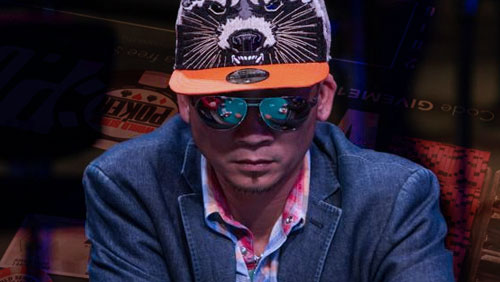 The staking platform StakeKings has agreed on a deal to sponsor, Qui Nguyen, and the World Series of Poker November Niner has immediately put 1% of his action on StakeKings so the fans can have a sweat on the big night.

It won’t be long before poker fans get to watch the finale of the greatest poker tournament in the world, and one of the finalists has just made the viewing experience all the more enjoyable.

Qui Nguyen, who begins the World Series of Poker (WSOP) Main Event Final Table second in chips, has signed a deal with the staking platform StakeKings that will enable the fans to buy a small stake in his action for the first time in Main Event history.

Nguyen is putting up 1% of any potential winnings on the StakeKings site based on Independent Chip Model (ICM) analysis that shows his winnings coming in at $3,919,252.23. StakeKings members can buy a piece of the action for as low as $5 or can take the lot for $38,607.47 (0.01% has been sold at the time of writing).

I doubt there is a single player who has 100% of their action at the final table, but most of the sweats will come from the professional playing community. What StakeKings does so well is it open the world of professional poker to a much wider audience, and the deal with Nguyen is the first of its kind. It won’t be the last.

Last month, StakeKings announced the former One Drop winner, Antonio Esfandiari, as an ambassador for the site. The Magician joined established ambassadors Dylan “Pokerl)evil” Hortin and Jeff Gross who were already getting the brand out there through their popular Twitch streams first created when StakeKings were operating as The Global Poker Link.

StakeKings was co-founded by Justin Knutson, Tyler Hancock, and Scott Silvi. Daniel Negreanu’s agent Brian Balsbaugh sits on the Board of Directors. The site offers the opportunity to stake players in both live and online games. Brian Rast currently has a package on the site selling action in an auction for an upcoming $100,000 High Roller event at The Aria.