Home / Casino / What The Crown Fiasco Says About Macau 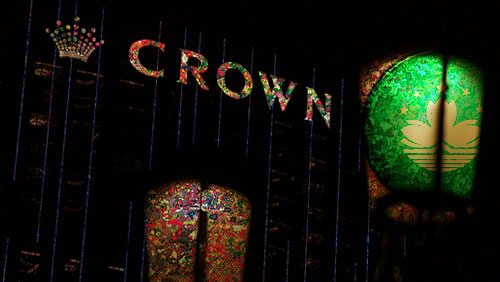 In a move harking back to Maoist tactics, 18 Crown Resorts staff are behind bars in mainland China for trying to please Chinese consumers. The Chinese government’s economic policy is heavily mercantilist, which means that it thinks that money has to stay inside its borders and that the economy is a competition between countries as to who can collect the most cash. That’s why they don’t take kindly to companies trying to lure cash away. In reality, stockpiling cash is not going to help anyone if that cash is not eventually spent on consumption. Mercantilism is the equivalent national policy of being buried with one’s money. The point of an economy is actually to collect goods and services with your cash in order to increase one’s standard of living, not to collect cash for the sake of bragging about some meaningless trade surplus.

But don’t expect the Chinese government to figure this out any time soon, especially when they get to go on fun power-trip missions like locking up innocent people (who may happen to be technically guilty of advertising a casino in China, they are still innocent people). These 18 staff, some major executives, are hanging out in Chinese jails now, waiting to be charged. With Crown’s annual general meeting set to kick off on October 20th in two days, it is unlikely that these people will be charged until after the meeting is over, if only just to increase the pain of the unknown for the company and its shareholders.

At the risk of sounding callous – and God willing these people will be released very soon once the Chinese authorities are legally paid off for their freedom – is this a buying opportunity now in Crown, and what does this sudden move say about the environment in China? The short answers are yes, this is a buying opportunity in Crown, and what this means for China and Macau is more interesting than what this means for Crown.

The reason this is a buying opportunity in Crown is that while Crown is reliant on Chinese VIPs, it is not that heavily reliant on them. Crown’s VIP segment accounts for 27% of the top line by normalized revenue, though probably a little bit more because 25% is wagering and nongaming activities, and it’s hard to tell how much of that 25% is also VIP contributed. Probably not all that much. 27% sounds like a sizeable chunk, but consider that VIP is down 7% since 2015 on an annual basis, but overall revenue is still up 5%. The numbers being thrown around by analysts seem to be that this sudden crackdown will dampen Crown’s VIP revenues by 5%, but they’ve already weathered bigger drawdowns without it hurting their overall revenues. They can take this hit.

Plus, the Chinese government may be able to arrest businesspeople, but it can’t all out prevent Chinese gamblers from going to Australia. This policy may actually backfire and inspire the Chinese megarich to specifically go to Australia to find out why their government apparently hates it so much. It’s not like VIP’s resent being advertised to. We’re talking about a very select group of people here, not general Chinese, so they know what’s going on. If Beijing arrests 18 employees of an Australian gaming company for marketing to rich Chinese, the rich Chinese may take notice and smell forbidden fruit.

Another potential positive that can emerge from this fiasco is that after whatever kangaroo trial takes place, at least Crown will have something on paper as to what they can and can’t do in terms of marketing in mainland China. Until now it’s been *wink wink* with Crown advertising the non-gaming aspects of its Australian resorts, following the letter of the law. With the charges and the eventual ruling, Crown will be armed with something official and be able to work with that to follow the letter of the law more strictly. Not to say they won’t experience another mass arrest even with that – Chinese authorities are notoriously capricious – but it will help somewhat once the dust clears on this mess.

As for what this says about Macau, that’s the interesting part. Why would the Chinese government do something so obviously inflammatory specifically now? It’s likely a sign of economic stress. The yuan supply is growing at an 11.4% clip, a very high rate, and the yuan is at a 7 year low and falling, making new lows just yesterday. It’s only 1.37% above the fix by the People’s Bank of China from July 2008 to June 2010. That is the last major support zone and if it breaks then there is virtually nothing from a technical standpoint to stop the fall to 2003 fix levels at .1208 yuan per dollar. When forex falls like this that’s when price inflation becomes obvious, and if it becomes obvious then central banks have to tighten monetary policy. And if the PBOC is forced to do that, Macau’s recent stabilization becomes threatened.

Likely though, the PBOC will defend the .146 level vigorously to prevent a forex panic, which doesn’t give the currency lots of room to fall from this point. The point is, if the Yuan keeps falling, the PBOC will be forced to put the breaks on the fall soon, which means fast tightening, which quashes the Macau recovery/stabilization. Which means, if you have any Macau stocks, now is a good time to sell them, especially on any gains of more than 5%.

As for Crown, the pain may continue for a short while longer, but one can start scaling in slowly now and after the meeting on the 20th. The annual general meeting is probably not going to go very well and the press won’t sugarcoat it. Crown though is a well-rounded company in a country more stable than most, and they are growing in the face of already steep VIP challenges. Assuming a downtick post meeting, a 2% position can be taken now and another 2% on Friday morning if it falls even further post meeting. If the meeting unexpectedly goes well and the stock jumps, then 2% is just fine and leave it at that.