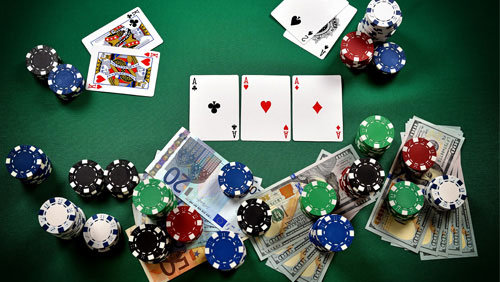 Elton Tsang has followed in the footsteps of Antonio Esfandiari and Dan Colman by winning the €1m buy-in Big One for One Drop in Monte Carlo for a jaw-dropping €11,111,111.

The only the third time in history the Big One for One Drop is in the books, and Elton Tsang is the latest champion banking €11,111,111 in the process. It’s the third highest score ever doled out in a poker tournament.

Tsang, who had Mustapha Kanit coaching him, defeated the Russian Anatoly Gurtovoy in heads-up action. Tsang, who is Canadian born but now resides in Hong Kong, also wins a Richard Mille-designed bracelet. Gurtovoy banked €5,427,781 for this runner-up position.

The €1m buy-in event attracted 26 players, nine fewer than the marketed 35, and two players with deeper pockets than most bought in for a second time to take the final prize pool up to €24,888,892. It was the first time in the One Drop’s short and sweet history that professional poker players were not allowed to participate.

Four players exited on Day 1 with the creator first to bow out after getting it in AT<AK of Bob Safai. Laliberte re-entered, as did the former Matchbook CEO, Andrew Pantling, who left the field in Level 7. Two players who didn’t re-enter after busting were Bobby Baldwin, who ran pocket nines into the pocket kings of Alfred Decarolis, and Kamer Alyanakyan who was sent packing by James Bord KQ>TT.

Here were the Top 5 chip counts at the end of Day 1.

The second day of action ended with eight players in with a shout of winning the €11,111,111 first prize.

Paul Phua wasn’t amongst them despite having an exciting day. Phua took the scalps of Tony Bloom (JJ>A9), Mark Teltscher (JJ>AT), and then made sure Laliberte would leave €2m in the hole (KQ>AQ) when Phua flopped two pairs.

Other well-known faces to be sent to their yachts before the final table included Dan Shak, David Einhorn and Paul Newey.

When the last nine were preparing to take their seats, Jack Effel, asked if they wanted to continue a little later than scheduled. Everyone was in agreement except the Day 1 chip leader Decarolis, who wanted to end on time. The tournament did finish on time, but not in the way Decarolis envisaged after Salomon eliminated him KK>QQ.

Here were the chip counts at the end of Day 2.

The final day of action saw the short stacked Voulgaris leave first when his K3hh couldn’t out flop, turn or river the AQ of Gurtovoy, and Brandon Steven bubbled the tournament nobody wants to bubble when he ran KQ into the AK of Katz.

The Day 3 chip leader, Pantling, was the first to cash when Tsang sent him to the rail A9>K3. Tsang was at it again when he eliminated Katz in fifth KJ>AJ after flopping a king, and Bord left in fourth after running AT into the AK of Gurtovoy.

Rick Salomon added a third place finish to his fourth place finish in 2014 after losing a rollercoaster of a hand against Gurtovoy. The pair got it in with Salomon holding QJ and Gurtovoy the dominating AQ. Salomon took the lead on a flop of J84r, but Gurtovoy retook the lead with the ace on the turn, and it stayed that way to send Gurtovoy into heads-up action against Elton Tsang

The heads-up encounter lasted approx. 44-hands when the pair got it in on a board of [Qc] [4c] [3c] [2h] with Tsang holding [6c] [5h] for the straight and Gurtovoy holding [Ah] [5d] for a weaker straight. The [Jc] on the river handing Tsang a flush just to make certain of the 35-year old’s victory.

The event earned €3m for the One Drop charity.

Was it a success?

Well, not many charities can bank that kind of money when fundraising, so in that respect, the One Drop events are always a success, and between them, the One Drop and WSOP have raised over $17m for the One Drop Charity since they joined forces back in 2012.

One Drop Side Event News

So far, the side events have been a complete washout with the professionals preferring to sit in the cash games.

Finally, Andrew Pantling doubled his money in the €50,000 Heads-Up competition after beating Talal Shakerchi by 2-1. They were the only two contestants!