Cambodian casino operator NagaCorp Ltd. is still in the running to become the next Cyprus casino operator, according to industry sources privy on the matter. 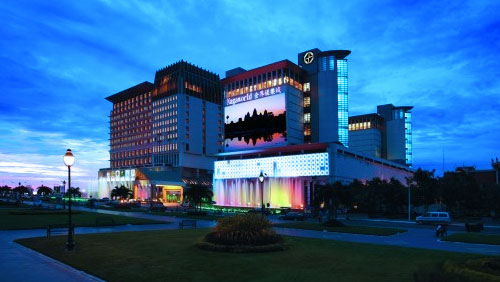 With Bloomberry Resorts Corp. formally dropping out of the contest on Tuesday, the race to snag the lone Cyprus casino license comes down between NagaCorp and the tandem of the US-based Hard Rock International and Lawrence Ho’s Melco International Development.

It was earlier thought NagaCorp has raised the white flag after Cyprus media reported that its bid had so far failed to secure land deals. But two industry insiders who spoke to GGRAsia said NagaCorp. will continue on with the final bid stage of the touted Cyprus casino.

The HongKong-listed casino operator reportedly will submit its final bid by October 5 – the deadline for final submissions that Cyprus government has set. The gambling news website sought the comment of NagaCorp chairman Tim McNally for confirmation but he neither confirmed nor denied the statement of the news sources.

NagaCorp, which was said to be eyeing a Lamarca property, reportedly had a difficulty in reaching accord with landowner, bolstering suspicion of opportunistic price gouging, given the dire state of the island’s economy.

When asked about the issue, the news sources remain mum on whether NagaCorp was able to come to some arrangement regarding land for such a scheme.

The winning bidder will secure a 30-year casino license, with 15 years of exclusivity. However, the government wants each bidder to include at least 500 luxury hotel rooms, 1,000 gaming machines and 100 gaming tables in their final proposal.

The original deadline for final Cyprus proposals had been early July but the Cypriot government granted a three-month extension on submitting final bids for a casino on the Greek half of Cyprus. Such decision was met with protest by Hard Rock-Melco consortium.