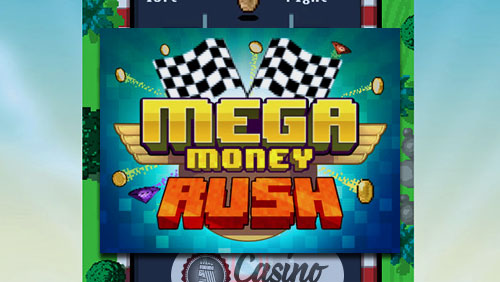 Casino Kings has expanded its catalogue throughout 2016, which has prompted growth in popularity amongst the online gaming community across the site’s web and mobile offering. August has seen the Casino Kings slots portfolio increase by a further 13 games on both web and mobile platforms, taking its online slots tally to 236 titles and its mobile slots to the 144 mark.

These figures exclude casual games, table games, jackpots and the Casino Kings Live Casino, which all serve to boost the total game numbers the company provides to its players.

Nathan Howes, Casino Kings Marketing Manager, believes that offering these kinds of gaming innovations has proved to be integral to the site’s continued success.

“Our watchwords at Casino Kings are innovation and integration,” says Howes. “We know we have as many players at our mobile casino as we do at our online site, while we predict that future trends will see mobile gaming overtake traditional web-based platforms. The very nature of mobile handsets means that they lend themselves perfectly to innovative games, a factor which is a key driver of this shifting trend towards a preference for mobile gaming.”

Mega Money Rush is just one title included in Casino Kings’ latest portfolio expansion. The majority of titles brought out in August have been released on gaming giant NYX Gaming Group’s OGS game server, developed through its partnerships with smaller gaming developers like Blueprint Gaming, Leap Game and Chance Interactive.

Of these developers, Blueprint Gaming’s releases account for the most titles, with flagship games such as Fortunes Of Sparta, Top Cat, Jewel Strike and Jungle Jackpots standing out amongst Blueprint’s Casino Kings releases.

Part of this continual promotional development saw Casino Kings adjust its Welcome Bonus offer in August, and now offers up to $/€/£200 as a welcome bonus plus 20 free spins on Net Entertainment’s blockbuster slot, Gonzo’s Quest.

Launched in January, Gonzo’s Quest™ follows the adventures of Gonzo, a 16th century conquistador who absconds from his Spanish fleet in search of the lost city of El Dorado. Played across five reels and 20 paylines, Gonzo’s Quest™ adopts NetEnt’s Avalanche Multipliers feature in which the win multiplier increases with each consecutive win. The win multiplier ranges between x1-x5 during the base game and between x3-x15 during the game’s bonus feature, awarding 10 Free Falls.

For more information regarding the site or its portfolio e-mail [email protected].