PokerStars has launched a new tournament format designed to get you to the bubble as quickly as possible and then extended blind levels to create a deeper stacked feel.


The new format begins as a hyper-turbo with a 10,000 starting stack and blinds increasing every three minutes (so far so good if you are a recreational player looking to get lucky fast). The blind levels then expand after the bubble bursts allowing for deeper stacked play. 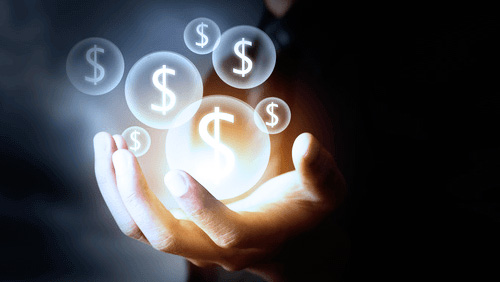 There are 20 of these things running daily on PokerStars with an associated hyper-turbo satellite structure. Midweek buy-ins range between $0.55 and $33 with an increase to $109 on the weekends.

PokerNews captured the details of the first-ever Bubble Rush event held on Stars. It was a $22 buy-in event with a $10,000 Guarantee. 480 players started the game, and 71 made it into the money, where the blinds increased to 12-minutes. The chip leader had 27bb at the end of the bubble period.

The blinds were then extended to 15-minute intervals when the play reached the final three tables and 20-minutes for the final table. By the time the game had whittled down to the final nine the average stack was 27bb and the chip leader had more than 50bb. The event lasted 3.5 hours from start to finish, fitting in quite nicely with a recreational players vision of a bit of harmless fun.

The blind level time extension beyond the bubble varies depending on buy-in levels. PokerStars are running a special Bubble Rush Challenge to celebrate the launch of the new format. It begins August 28, with a special $7,500 Guaranteed Re-Entry Bubble Rush Freeroll thrown into the mix.

Will the innovation be as successful as Spin & Go, or will it be a dead duck like Duel?

Reading through the early feedback, the voices of the pros see the Bubble Rush experiment as another indication of PokerStars move towards a more recreational player-friendly model, believing the 3-minute frenzy turns the early levels into a lottery. There has also been constructive criticism regarding the 35-minute late registration and some concerns over the decision to rake the games at full game speed, with some quarters asking for a new hybrid rake format for games that encompass hyper and regular formats like Bubble Rush.