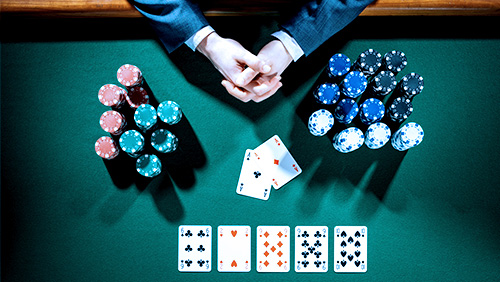 PokerStars’ Eric Hollreiser urges people to join the Poker Players Alliance #Fight4Poker campaign stating that there has never been a more critical time for American online poker players to make their voices heard.

Growing up my only exposure to politics was the budget. My parents would sit irate in front of the television, watching some old guy holding a naff looking red briefcase aloft, while swearing because the price of cigarettes and alcohol were increasing for the umpteenth year.

I had two options: Labour or Conservative and it didn’t matter which ones were in office, the price of cigarettes and alcohol kept rising. At 41-years of age, I’ve never voted and doubt I ever will.

Political ignorance keeps me from writing about the shenanigans preventing American citizens from playing on the best online poker sites in the world without using a VPN. My lack of understanding of political jiggery-pokery makes me nauseous.

In February 2015, my interest piqued for about a day when Andrew Lichtenberger, publicly joined the Poker Players Alliance (PPA) to push for the legalisation of online poker in America. I was interested because it was Lichtenberger. It was a face I recognised and trusted. And had I been American I would have followed him into the trenches.

“Why aren’t more people like Lichtenberger standing up to the plate?” I thought.

I was puzzled as to why the biggest poker stars, celebrities and sports stars that frequent our tables, didn’t get together on a regular basis to help the PPA push our game underneath the right nasal hairs. I assume the PPA do a great job, but if you want to get hundreds of thousands of recreational players to pester the living daylights out of politicians, then they need a leader they recognise and respect.

Jason Somerville is a face I recognise and respect. It’s good to see the Twitch megastar following Lichtenberger’s lead by spreading the PPA word and sending his followers to the PPA’s #Fight4Poker website.

“It’s a critical time for online poker. The tide is turning,” Somerville told PokerNews, “People reaching out and talking to their legislators makes a difference. Write a tweet, write an e-mail, make a phone call. Let’s make our voices heard and get it done.”

Somerville’s employers, PokerStars, have also joined the fight this week after VP of Corporate Communications for Amaya and PokerStars, Eric Hollreiser, wrote a piece on the Corporate Blog entitled Raise Your Voice; Join #Fight4Poker.

“There has never been a more important time for American online poker players to make their voices heard than right now.” Wrote Hollreiser referring to online bill progress in New York, California, Michigan, and Pennsylvania.

It’s progress. But it’s still not enough. There are hundreds of high profile poker players competing in the WSOP right now. Why isn’t somebody rallying them all together to make a bigger impact? Why isn’t someone picking out our most popular smiley faces and sending them to these places to fight for the Americans right to play?

I saw the bus.

But surely if we are to attract the eyeballs of hundreds of thousands of poker players then action needs to be constant and consistent, and from the people within our community that the recreational players look up to, admire, and trust.