Russia’s Prime Minister Dmitry Medvedev has given the go signal to create a new gambling zone in the city of Sochi.

According to Russian news agency TASS, the prime minister signed a resolution last August 10 allowing the development of the new zone, called Krasnaya Polyana, in the city.

Russia’s latest gambling zone will cover the 165,000 square meter of land where facilities for the 2014 Winter Olympics were supposed to be built, but the land went unused after it failed to get funding from the federal budget. 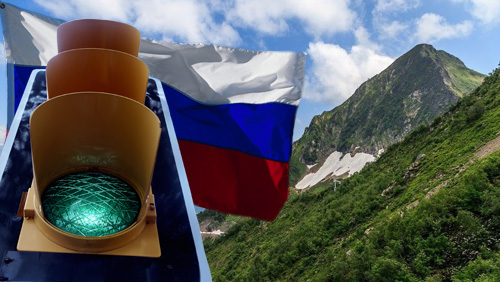 The resolution was prepared in accordance with the law on gambling.

Under the law, which was adopted in 2014, Olympic facilities in the region—including the one in the Krasnodar Krai—can be turned to a gambling zone, although the construction must be financed by private investors.

The CEO of Russia’s Sberbank German Ref already came up with an initiative to create a gambling zone in Sochi.

Russia prohibits gambling outside of its designated zones. Currently, the country has four gaming zones: Siberian Coin in Altay, Yantarnaya in Kaliningrad region, Azov-city in the Rostov region, and Primorye near the city of Vladivostok.

Russian officials have placed high hopes for the newly-opened Primorye gambling zone to lure in gamblers from neighboring countries. Primorye is actually closer than Macau for gamblers in northern China, South Korea and Japan, which investors say is a crucial advantage when the zone competes with the city state for the title of Asia’s largest gambling center. The city of Vladivostok is about a two-and-a-half hour flight from Beijing, Seoul or Tokyo, and about one-hour-and-a-half flight from Harbin, the capital of China’s Heilongjiang province.

The country also has no currency restrictions, and visa requirements for South Vietnamese nationals and Chinese tour groups have already been scrapped.

There’s just one issue: gamblers are put off by the Russian winter.

Summit Ascent Holdings, which operates Primorye’s first casino—Tigre de Cristal—had a slow start in 2016 partly because it had only launched in November and also because the onset of the Russian winter deterred some organized tour groups from China from making the trek north.