Casino operator Wynn Macau Ltd. is moving around some of its tables in Macau to make for the dismal number of gaming tables allocated to its soon-to-open Wynn Palace resort in Cotai.

Last week, the $4 billion integrated resort received word that it has been authorized to run 100 new-to-market gaming tables for its opening on August 22, while the other 50 gaming tables will be added in the following two years. The new casino resort has also been allowed to operate 1,145 slot machines. 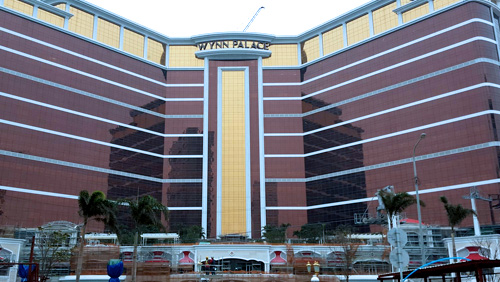 This number, however, is just slightly over one-third of the 400 new gaming tables that Wynn Macau had applied for. And so to make up for it, the casino operator is relocating some of the tables from its other Macau property.

Studio City and Galaxy Macau were granted a larger number of tables because they focus more on family entertainment and non-gaming offerings, according to Leong.

“As we have been saying, we consider different factors when granting new-to-market gaming tables. This includes whether [the project] is helpful for the development of Macau into a World Centre of Tourism and Leisure, whether [the company] supports local SMEs [small and medium-sized enterprises], as well as its input to developing non-gaming elements,” the secretary said, according to Macau Business Daily.

Spokesman Michael Weaver told the news outlet in an email that Wynn Resorts, the parent company of Wynn Macau, “is satisfied” with the table allocation, noting that it had already anticipated the news which was why it already made preparations to move tables from its current resort.

The market-wide table cap, implemented in 2012, called for 3 percent compounded annual growth over a 10-year period, suggesting that there will be a total of 1,892 incremental tables available in the city state through 2022, which, incidentally, is also the same year that most of the licenses expire.

Wynn Palace’s low table allocation could mean more tables not only for the other casino resorts that will open in Macau, but also for Steve Wynn’s property in the future, according to Union Gaming analyst Grant Govertsen.

“With 947 tables yet to be granted, we believe that the upcoming projects Parisian Macao, MGM Cotai, and Grand Lisboa Palace, are still likely to get closer to 250 tables each (probably in multi-tranche distributions instead of all 250 at once),” Govertsen said in a note. “If each of the next three large-scale projects gets 250 tables this would leave another 197 tables remaining under the table cap, which we think could be allocated to third party casinos being developed as well as potentially to Wynn Palace.”