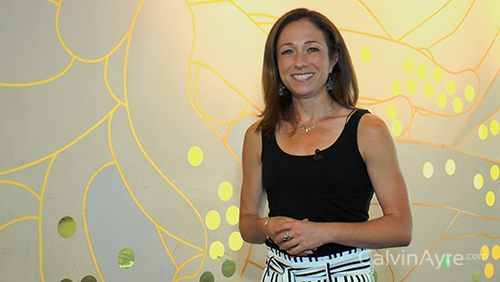 WGES 2016 continued today at the W Hotel in Barcelona, the final day of three at this senior level event for the gaming industry. Understandably today was on the quieter side, still drawing a solid crowd however, especially considering the gorgeous weather outside and the official conference BBQ and party the evening before.

Birrell started the panel off by saying 60% of lottery sales are over mobile and online options for lottery are taking a fairly old fashioned industry and making it more innovative. Online has “revolutionized the industry”, he said.

How to attract millennials to lottery offerings was debated, an important topic seeing as lotteries have the reputation of attracting an older crowd. von Zitzewitz said lotteries are the only gambling products the can sell big dreams of having a different life. He said when people hit 35, many of them are married with kids and have accepted becoming a famous footballer is not in the cards so they are thinking, “where’s the exit button here”? When people are 20, they more interested in entertainment and thrill, so they’re more into sports betting, casino, etc. Interest in lottery starts later in life, he said.

Birrell agreed and said his current players are older, young people think lotteries are old and boring and for parents. “Lotteries are driven by jackpots and when a big jackpot comes in, more people play”, he added. In fact, even the millenials will play when a big jackpot comes in. With this in mind, offering an innovative online product for lotteries is key, especially if tapping into the younger generation is part of the plan.

This afternoon’s “Innovation in gaming” panel covered the future of eSports and virtual sports and featured panelists Simon Thomas of The Hippodrome Casino, Tom Fears of The Alderney Gambling Control Commission, Victor Martyn of GosuGames and Steven Rogers of Inspired Gaming Group.

Rogers started the discussion by talking on virtual sports, saying its a niche product to some degree and historically it’s been “filler content” when there are gaps in sports matches. Virtual sports also serve as a great transitional product for getting customers from the casino and introducing them to sports betting.

Another point made by Rogers was virtual sports generates more net revenue for his customers than football, for example. “All major players such as Bet365 have virtual sports”, he said. The mobile space is ripe for virtual sports as well, according to Rogers, with Inspired Gaming Group already developing an on-demand mobile product.

Martyn, the 1998 world champion of Starcraft, walked the audience through eSports’ size and scope and warned the audience of the dangers of over-regulating the industry. Don’t enforce old rules on a vibrant industry for the sake of gambling, he said.

The Hippodrome Casino has always a been a few steps ahead when it comes to innovation due to Thomas’s leadership and he confirmed the casino will be exploring eSports opportunities. His objective is to attract eSports fans into the Hippodrome by showing live matches and hopefully enticing these fans to try out on-site casino games. “We believe eSports players have a competitive streak and may end up being good punters”, he said.

Thomas added the rate of change of the technological pace for eSports and virtual sports is going to be exponential and will never be as slow as it is now. “I do think it will be a dominant force moving forward and we want to make some money from it”, he said.

The final panel of the conference covered the future of social gaming and the virtual reality casino. Raf Keustermans of Plumbee, Alexandre Tomic of Alea Digital and Tarquin Henderson were all participants of this vibrant panel expertly moderated by Michael Caselli.

Caselli posted the question if virtual reality will bridge the gap between social gaming and real money gaming and Tomic answered with a hearty “yes”. He said VR is the first technology combining the two worlds, but that the crossover will take time, maybe 10 game sessions or 20 game sessions. However, the issue is regulation. On Facebook, for example, you wouldn’t have a cross between the two applications – this could be the missing link, he said.

On the other hand, Keustermans is not so optimistic. He said the core social audience won’t be into VR for in a few more years as social gamers tend to be older than real money gamblers and are less likely to embrace new technology quickly. It could be five or even six years away, he said.

Another reason why VR may take a few years to attract a core fanbase is because the technology is expensive right now, but the price of tech will eventually fall, a point made by Tarquin.

When it comes to the types of games best suited for VR, Tarquin said all games are well suited and Keustermans believes it can go one of two ways: either creating games that will be fun because they are in VR, or harnessing games we already know but creating a new environment with VR, playing blackjack on Mars, for example. “It’s hard to predict”, he said.

The potential for augmented reality and terrestrial casinos is something Tomic sees as very interesting. For example, customers could see a path on the casino floor when trying to get from point A to point B, or customers could see a big “WIN” sign above a slot machine on the floor that has just paid out a huge jackpot- some more food for thought.

Looking back on the three days we spent at the W Hotel in Barcelona, it’s safe to say WGES has held up to its reputation and will remain a “must-attend” on delegates’ calendars. The level of seniority in attendance and speaking on the panels was impressive and meetings were honestly happening all over the conference, outside at the pool and who knows where else. Thank you to Terrapinn for putting on a fantastic event, we’ll be back next year.

The barriers to blockchain, and it’s potential, to be discussed at WGES
Derek Tonin
3 December 2020
.