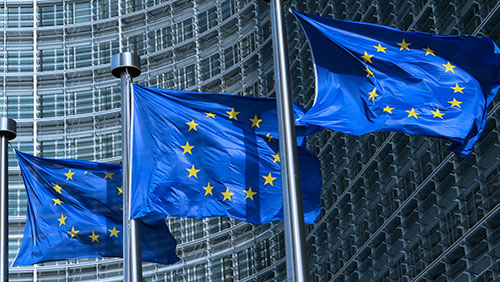 On the eve of the referendum on Britain’s European Union membership, majority of bookies predict that the “Remain” vote will prevail. The million-dollar question is: will their political prediction come true for the third time?

Bookies have able to predict the outcome of two of the three recent major political events in the UK. First was the Scottish referendum, in which the bookmakers predicted a “No” vote when polls suggested a “Yes” vote, according to The Independent. Bookies also consistently made the Tories the largest political party, contrary to the polls that suggested a Labour victory.

The only time the oddmakers made a wrong guess was when they predicted that the Conservative will not become a majority political party. Still, the spread betting markets got closer to the truth than the most of the pollsters.

Now that British, Irish and Commonwealth citizens who are resident in the UK or Gibraltar are set to troop to the polling precincts to cast their votes, majority of the betting operators are confident that the UK will not leave the European Union (EU) and has made the “Remain” camp the odds-on favorite.

Marcus Goddard, the head of political trading at Betfred, said that he’s 80 percent to 90 percent certain that Britain will not leave the EU “because of the weight of money being bet.”

“It won’t be by a huge margin – by 55 to 45 per cent – but the vote will be for Remain. And possibly over the next couple of days the Remain odds will shorten even further,” Goddard told The Independent.

Simon Clare of Coral agreed, saying bookies got the prediction on the referendum right.

“If the money [people are betting] comes to something – as is happening here – you should respect that money,” Clare said in a separate interview with The Independent.

William Hill pre-match head Hjalmar Kvam, for his part, took a conservative stance on the issue as he said that while there’s an 86 to 87 percent chance that majority of the British will cast “Remain” votes, the evidence wasn’t all one way.

He cited the actual number of bets made in William Hill wherein 75 percent has gone to the “Leave” camp and 25 percent on the “Remain” camp.

“At the back of my mind, there is the possibility that the high percentage of individual bets on Leave could be an indicator that we got it wrong,” Kvam told The Independent. “And in the last general election, a lot of small staking punters [like those now betting on Leave] voted for an outright Tory majority when we were saying it wasn’t going to happen.”

Goddard, however, believes that the unattractive odds in the “Remain” side was the reason for the high number of “Leave” bets. He insisted that the serious money, involving sums that might make you think quite hard before betting, were going on Remain.

“You are getting lots of fivers at 3/1 on Leave, and then occasionally you get somebody from the City wanting £10,000 at 1/4 on Remain – because he stands to win £2,500. And that blows all the fivers on Leave out of the water,” Goddard said. “Industry-wide, I think £30m will be bet on the referendum with £25m going on Remain, and just £5m on Leave.”