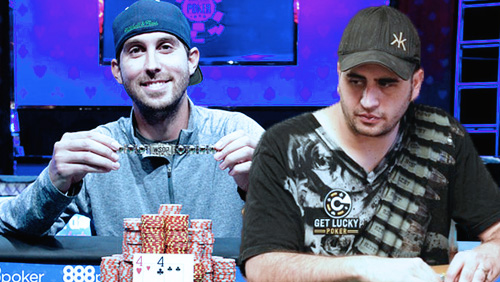 In today’s World Series of Poker review, we bring you news of victories for both Robert Mizrachi and Kyle Julius and Chris Ferguson makes an appearance in the $1,500 Dealers Choice event.


In boxing, there is a term they used to define the greatest boxer throughout the varying weights: pound-for-pound. Poker is similar. Instead, we don’t have weight classes; we have different derivatives of the game. So who is the best card-for-card poker player in the world? It’s a difficult choice. However, Robert Mizrachi is one of the players worth a mention.

87 players created a total prize pool of $817,800, and Mizrachi earned $242,662 for the win. It was his fourth WSOP bracelet, all in differing disciplines. The victory moves his career live earnings beyond the $6m mark. He has now won more bracelets than his younger brother, Mike.

It is the third successive year that Mizrachi has one a bracelet.

Is Kyle Julius about to name his newborn baby ‘Turbo?’

The 29-year old from Naperville, IL, and his partner are expecting in July. During a debate over name selection, Julius and his partner agreed that should he win a WSOP bracelet he could have the naming rights.

Julius has defeated 667 entrants in Event #4: $1,000 Turbo Top Up No-Limit Hold’em. It’s not only his first-ever bracelet, but it’s his first live tournament victory of note. He finished runner-up to Peter Vilandos in the $5,000 No-Limit Hold’em event back in 2012.

The Top-Up Turbo event was making it’s WSOP debut. Players were able to double their stack by paying an additional $1,000, or by qualifying for the event via the $55 buy-in online or live satellite. Julius doubled his stack after competing in a live satellite.

The final table was done and dusted in a little over two hours.

Svetlana Gromenkova leads the final 85 players in Event #5: $1,500 Dealers Choice. 389 players entered the event including Chris ‘Jesus’ Ferguson. British mixed game specialist Richard Ashby made it through to Day 2, as did the former Full Tilt Director.