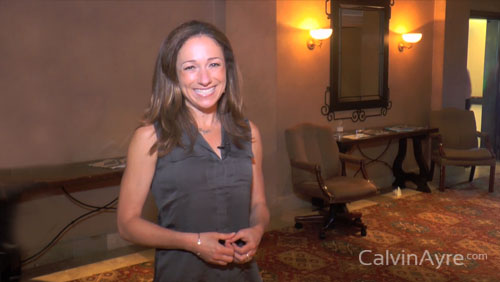 The inaugural Juegos Miami has officially kicked off at the Biltmore Hotel and we all agree, the location is perfect in every way.  Miami as a host city has worked out well due to its geographical location as a hub, with the event attracting professionals from all over South and Central America, the Caribbean, the US, the UK, Spain and beyond.  Not to mention everyone loves Miami, especially at this time of year when the weather is superb.

Juegos Miami has proven to be a relaxed event, with sessions starting later and ending earlier than usual, official networking events scheduled for delegates every night prior to dinnertime and a golf tournament organized on the final day.  The ease of meeting new people and time for conversing has been refreshing for everyone and all over the hotel property new deals appear to be taking place.

Most of the sessions today were held in Spanish with live translation available for the English-speaking attendees.  Several “mini” expo halls were also featured throughout the day, with dedicated times to view products, the majority being LatAm land-based slot suppliers.

Some of the main themes repeated throughout the day included the sheer size and potential of the Brazilian market, a market where we could see online regulation passed in the near future, the massive opportunity in Mexico, a market now regarded as “white” and home to a huge population, the complex regulatory challenges companies wishing to enter different countries are facing and will have to face and that the time is now to get involved with this incredibly hot geographical region.

Rather last minute, Clarion decided to add an additional “BgC Briefing- Brazil, the Roadmap to Regulation” during today’s lunch break because according to organizer Ewa Bawkun, “Brazil is the hottest market” and it was necessary to dedicate some exclusive time to the region at Juegos Miami.

Osmar Moraes was invited to speak on the BgC panel, a Brazilian native who is working for the Congressman involved with making changes to the online gambling bill the senate has recently drawn up.  Moraes said Brazil is keen on gambling as it will increase income and generate tourism although its in a grey area right now which is not good for anyone.

Moraes said the proposed online gambling bill must be transparent and guarantee legal security so those who invest can have reassurance of their investment.  He told CalvinAyre.com the bill itself was four pages long when it was passed down from the senate and the revisions he is working on are nearly twenty-five pages, changes aiming to clarify the law for different types of gaming including casino, poker, lottery, fantasy and so on.

Moraes said he is confident we’ll see movement with this bill towards the later part of the summer and confirmed its rightfully receiving a lot of attention from the online gambling industry in the meantime.

Angelo Dalli, CEO of Bit8, spoke on today’s lottery modernization panel and told CalvinAyre.com Bit8 has branched out into the land-based lottery business.  Dali sees massive opportunity in Latin American lotteries, with literally billions of dollars up for grabs.

Dali also said the lottery operators in LatAm need a lot of education and guidance on how to segment players and make use of data to improve their revenue.  He pointed out that he’s able to use his online gambling industry experience to now help the land-based industry do their job better, the reverse of what we are more using to seeing in the gambling world.

Slots supplier Ainsworth Latin America is a big sponsor of Juegos Miami with one of the largest, if not the largest total exhibiting space plus a dedicated conference room for meeting with attendees.  We spoke with Ainsworth’s Latin America Marketing Manager Bernie Gamboa who walked us through his company’s presence across the region and explained how each market is different, with Argentineans spending more than Mexicans, for example.

Peo Lekare is in charge of new business development in Latin America for Betgenius, another exhibitor of Juegos Miami.  We spoke with Lekare and he emphasized over and over how the time is now to get involved with LatAm and said its as simple as partnering with white label providers in each target country to get a foot in the door.

Lekare also emphasized the opportunities in Mexico and pointed out the majority of Mexican punters are interested in American sports while Brazilian punters are the complete opposite in terms of what sports they like, something to keep in mind as a sports betting operator.