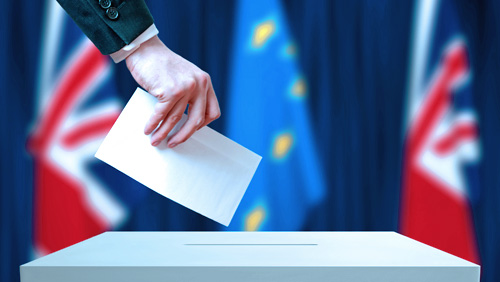 Most Remain Voters Fear the Unknown

On Thursday 23rd June 2016, the UK will vote either to remain in or leave the European Union. This poll suggests that the referendum outcome remains too close to call, with support for a Brexit — Britain leaving the EU – at 47 percent, up from 45 percent in the previous DI poll last month. The Remain vote is up three percent, from 44 percent last month to 47 percent this month. The final poll in this series will be released on June 22nd.

The post-EU economic and financial doomsday scenarios laid out in recent weeks by supporters of continuing the UK’s EU membership appear to have solidified support among those backing the Remain campaign. “Fear of the unknown is the principal factor driving support for Remain,” according to poll director Patrick Basham. A majority (54 percent) of those currently planning to vote Remain are driven more by their fear of the UK’s future outside of the EU than by their support (30 percent) for the EU status quo.

Most recent polls have shown Remain in the lead, which may be the reason that a narrow plurality (47 percent) of likely voters expect Remain to win the referendum. Forty-one percent of likely voters are expecting a Leave victory next month.

“Prime Minister David Cameron’s handling of relations between London and Brussels is less of a drag on the Remain vote than in our previous poll,” notes Basham. This new poll finds 41 percent of voters approving of Cameron’s stewardship of the UK-EU relationship, up from 36 percent last month. A plurality (49 percent) still expresses disapproval, although that figure is down from a majority (54 percent) last month.

Given the tightness of the race, Basham argues that, “Both the Leave and Remain campaigns have every incentive to redouble their respective efforts over the next few weeks, as the final result remains very much up for grabs.”

The fieldwork for this survey of a randomly selected national telephone (landline and mobile) sample of 1,100 United Kingdom voters was conducted by the Democracy Institute’s polling unit from May 21st to May 24th 2016. The survey was conducted via interactive voice response, in which recorded questions were played for randomly-dialled respondents and answers were given via their telephone keypads. The poll has a margin of error of +/- 3 percent at a 95 percent confidence interval. To ensure a representative sample, the results were weighted for key demographic and political variables including, but not limited to, gender, age, education, income, region, voting history, and mobile phone-only households.