PokerStars officials must have smiles spanning ear to ear after disgruntled poker players reacted by turning up in their thousands to create the largest PokerStars Spring Championship of Online Poker in history.

It’s no secret that the men and women who pack their lunchbox and head off to PokerStars cyber tables for a hard gruelling shift are unhappy with the actions of their hosts.

The players have gone on strike.

Some of them have even refused to take part in unpaid publicity for the site.

So for the past 17-days, they decided to take a different approach. They turned up in their thousands to compete in the Spring Championships of Online Poker (SCOOP) making their hosts very rich indeed and cementing their place as the largest online poker room in the world. 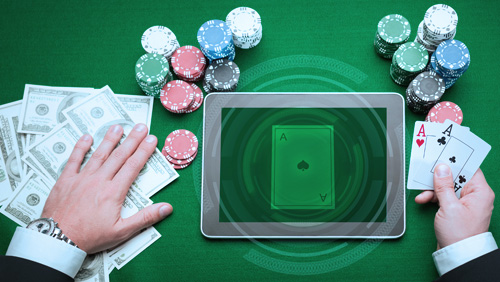 It’s been the most turbulent time for PokerStars. If you believe everything you read, then Yelp reviews are at an all time low. And yet, the 2016 SCOOP Festival will go down in history as the largest to date. The lords and masters of PokerStars Towers must have a grin the same size as The Mad Hatter.

He didn’t say it, but the numbers don’t lie, it’s also a testament to the enduring popularity of PokerStars.

The biggest winner of the series was the UK’s Talal ‘raidalot’ Shakerchi. The Hedge Fund Manager and serious poker enthusiast defeated a talented final table in the $10k SCOOP (H) Main Event that included the likes of Sean Winter, Scott Seiver, and John Juanda.

Shakerchi won $1,468,001 for finishing first. It was his third SCOOP title. He finished ninth on the overall leaderboard with 38 cashes, five final tables, and his huge Main Event victory. He was the most winningest player, regarding cash won, of the entire festival with $1,622,466.98 in winnings, and as a result, the UK finished on top of the leaderboard with the most money won.

The only thing missing from Deeb’s 2016 SCOOP was a win. Although his accomplishments were good enough to see him take down the SCOOP Player of the Year (POY) award ahead of last year’s winner Jason Mercier. Deeb also won the 2015 World Championships of Online Poker (WCOOP) POY award.

For Shakerchi, it was a great momentum builder as he travels across the pond to participate in the $300,000 buy-in Super High Roller Bowl and the World Series of Poker (WSOP).

“I am really pleased with the win,” Shakerchi told me moments after his victory, “It’s not the biggest tournament I have won regarding the number of players, but it’s easily the most significant regarding cash size. It was a tough tournament. I like playing against the best players and a good $10k like this is packed full of those.”