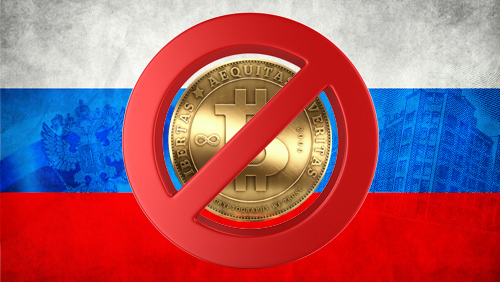 A draft bill that seeks to ban bitcoin in Russia has been trashed—again—even before it reached the Parliament.

The Ministry of Finance of the Russian Federation, which has been very vocal in opposing digital currency in the country, has been working on a draft law that will punish those who use bitcoins and engage in cryptocurrency trade and mining activities. That bill, however, has met strong opposition even before reaching the lower chamber of the Russian Parliament courtesy of the Ministry of Justice, which disagreed with “some of the wording of the bill.”

According to Cryptocoin News, the Ministry of Justice challenged the bill’s “lack of a precise definition for money substitutes or ‘surrogates.’” Surrogates is the term that Russian officials often use to describe bitcoin.

This isn’t the first time that the Ministry of Justice has questioned the proposed bill. The justice ministry also questioned the first draft, telling the finance ministry that it needs re-examine the criminal liabilities for individuals and administrative bodies found using bitcoin.

According to Moscow-based business daily Vedomosti, “The Ministry [of Justice] believes that there is a need for further study the introduction of criminal liability for individuals and administrative bodies over the issuance and sale of money substitutes since the degree of public of the act ‘is questionable.’”

The Ministry of Finance, however, submitted the second draft of the bill without addressing the justice ministry’s previous comments.

The bill will still be presented to the State Duma—the lower chamber of the Russian Parliament—despite the Ministry of Justice’s disagreement.