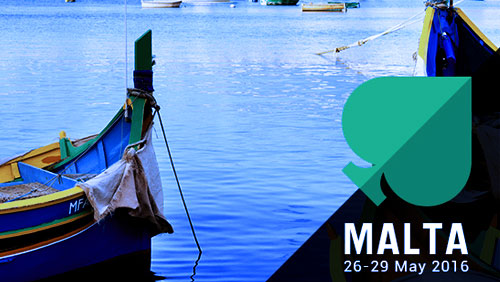 Unibet Open hits the island of Malta, May 25-29, the second of 2016’s four stops on this year’s calendar. Cards will be in the air at Casino Malta by Olympic Casino, which will play host to a series of poker tournaments.

What’s more, Unibet Open Players can relax and unwind right by the water’s edge at the lush club Bedouin on Saturday at our players’ party, before mixing it up with a schedule of juicy side events.

Highlights for this stop include:

The Unibet Open app for iPhone and iPad will launch – the ultimate players’ guide to the whole event. Download the app now, and stay up to date with the latest tournament updates, announcements and notifications about our special events.

Players and their friends are welcomed on Friday to the official Welcome Drinks, hosted at Paranga on the beach. With temperatures expected to be around 25 degrees Celsius things will be hot and exciting, and the party shifts to the lush club Bedouin on Saturday for the Unibet Open Malta Players’ Party.

The poker action kicks off with the eSports Sit & Go on Wednesday, which will be live streamed on Twitch with a who’s who of the international video game scene. The Main Event kicks off on the 26th, and will be streamed with hole cards up for four straight days.

Other events at Unibet Open Malta include a plethora of side events for the Main Event starting on Monday May 23rd, a €150 Pot Limit Omaha tournament, a 2-day €250 tournament and – as it is a custom on the Unibet Open – another thrilling Flips Championship.

Satellites for the next event Unibet Open Copenhagen are available from Monday in the Unibet poker client. Every Wednesday there’s one package guaranteed, while the Sunday Final has a guaranteed prize pool of four to six packages for our event that runs from August 25-28.

The Unibet Open live streams can be found by clicking on these links: 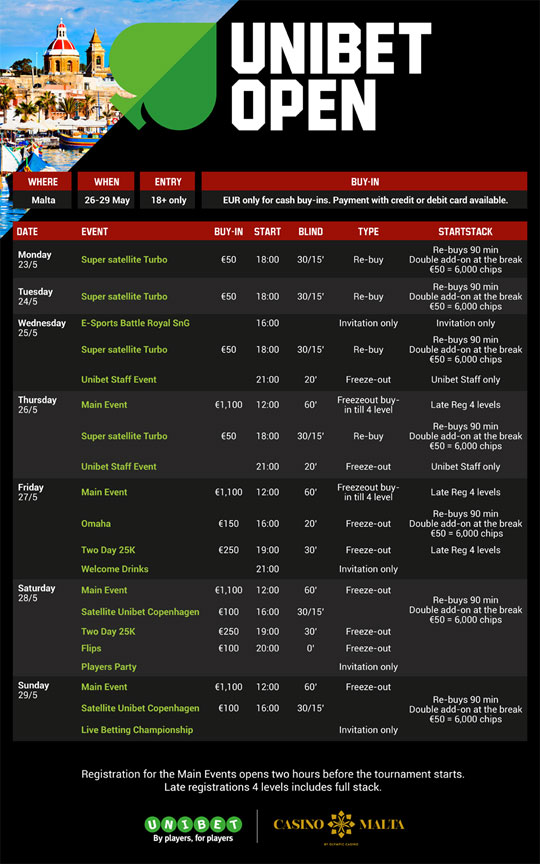