A Dutch tennis coach arrested in connection with the murder of businessman Koen Everink allegedly owed the deceased €80,000 in gambling debts including $60,000 playing low limit cash games on PokerStars. 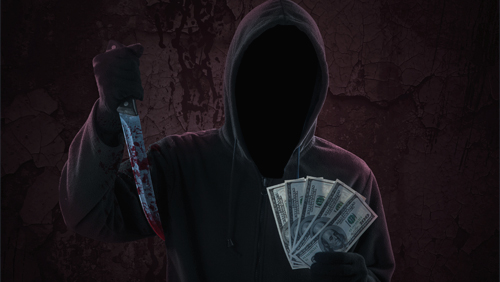 Ever since businessman Koen Everink, 42, was found stabbed to death at his home in Bilthoven, Netherlands, by his daughter, the finger has been loosely pointing in the direction of the 29-year old Dutch tennis coach Mark de Jong.

De Jong was one of the first people to be questioned in connection with the case as he was one of the last people to see Everink alive. De Jong told the police that both he and Everink were watching a Dutch Premier League match between Feyenoord and AZ Alkmaar at the victim’s home when he saw suspicious characters up to no good outside.

De Jong then flew to Miami where he accompanied his player Robin Haase at the ATP World Tour Masters 1000 event the Miami Open. Haase, who is ranked #58 by the ATP World Tour, had to pull out of the event through injury. Officials arrested De Jong when he flew back to Schiphol Airport. De Jong has been working with Haase since 2014.

According to PokerNews Dutch scribe, Frank Op de Woerd, a potential motive in the case could be a €80,000 gambling debt that De Jong allegedly owed to Everink. OP de Woerd did some research and learned that De Jong had lost approx. $60,000 playing 70,000 hands, mostly low limit cash games, on PokerStars.

Everink earned his corn via the Eliza Was Here travel agency. In 2012, he sold his shares and Quote magazine estimated his net worth to be in the region of €15m. Later that year Everink was assaulted during the Sensation White rave at the Amsterdam Arena by the Moroccan kickboxer Badr Hari. Everink suffered a broken nose, eye socket, and ankle. Officials charged Hari with attempted manslaughter. Hari is reportedly a good friend of PokerStars ambassador Cristiano Ronaldo.

The two cases are not said to be connected.