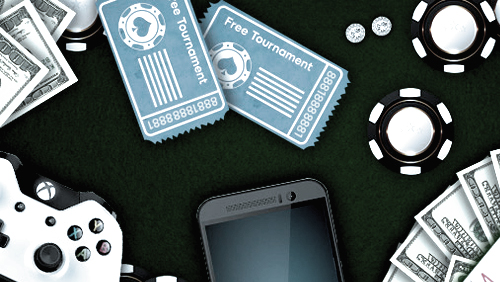 Posting in the **The New and Official 888poker (ROW) Player’s Thread ** on 2+2, an official representative from 888Poker advised those reading of the impending changes.

The way forward is still very cloudy, but from what I can gather, the new reward system will be implemented on March 28, and it’s on that date that the clouds will blow away, and all will be revealed.

The new program is called 888Poker Club, and instead of rewarding poker players in a rake-based way, the site is looking towards gamification with players receiving gold coins each time they complete an array of challenges associated with each level.

When it comes to leveling up, you won’t know what the challenges are until you reach each new level. The higher you climb through the levels, the greater the rewards will be, but the tougher those challenges will be.

Players can level up by playing poker only, but they can get through the levels much faster if they also achieve challenges linked with casino and sports betting. The term ‘rake’ is no longer used, as the new system is not a rakeback system.

If you look at these changes through the spectacles of a poker grinder, then you hate life right now. However, if you are a recreational poker player, then I believe your gaming experience is going to be vastly improved.

“The main objective of the new plan is to reallocate the loyalty budget from the heavy grinders to the masses. We want to reward players for other activities, including long term loyalty to 888poker, rather than only for grinding.”

The cynics will say that 888Poker are following in the footsteps of PokerStars. One big difference is loyalty to those grinders who are in the midst of accruing Rakeback.

“We’d like to assure you that despite these major changes, 888poker will fully honor its cashback commitment to all players, including its VIPs, who are currently entitled to yearly cashback in the existing rewards plan. Moreover, any reward points players accumulated in the current rewards program will be automatically transferred to Gold Tokens, with equal value, in the new 888poker Club and will continue to be redeemable any time.”

Once the March 28 deadline hits players will be assigned a level based on their current loyalty status on that day. At that time all points will turn into “Gold Tokens” and they rate as 1 cent per token.

The promotional page of the 888Poker website has scant information on the new rewards program, but it does state there will be freerolls running daily and $100,000 guaranteed up for grabs monthly. Also, each time you surpass five levels you will win a special scratchcard, and there will be special bonus levels. But you will have to wait until March 28 to understand the value of either.