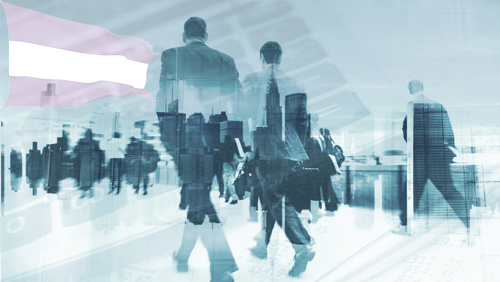 PokerStars.fr has exited the Austrian market over changes to VAT regulation resulting in the world’s largest online poker room paying double taxes to both Austria and France.

Liquidity on PokerStars.fr is about to shrink even more.

The french arm of the world’s largest online poker room has informed their Austrian based players, via e-mail, that they will no longer be able to offer them a service from March 1, 2016.

PokerStars informed those players that their accounts would remain open, be accessible, and there would be no problems withdrawing funds. Accumulated StarsCoins can be used to purchase cash rebates or any other paraphernalia from the VIP Store. Online tournament tickets are out of the question for obvious reasons.

The decision is one based on cost, only this time you can’t blame Stars for taking the decision they have. The reason Austrian based PokerStars players are now looking for a new poker room dates back to 2007. That was the date Ministers of the European Union (EU) agreed to substantially change the VAT regime. A period of quiet would ensue to allow electronic, telecommunications and broadcasting services to get their books in order before the new laws would be implemented in January 2015.

The new laws started to effect the bottom of PokerStars.fr on January 2016. At this time, PokerStars started paying a 20% VAT tax to the Austrian Government for Austrian based players who were playing on PokerStars.fr. This was in addition to the tax they were already paying the French Government for all the players competing on the site.

It’s not the first time PokerStars.fr has been affected by a change in taxation laws. In Dec 2014, The United Kingdom Gambling (Licensing and Advertising) Act 2014 implemented a 15% Point of Consumption Tax (POC) leading to an exodus of British based players from the PokerStars.fr site.

Austrian players are able to play on other online poker room licensed within the EU. Austrian gambling laws are not deemed compliant with EU Law. The only fully licensed online poker room in Austria is Win2Day. A fortnight ago, they joined Playtech’s iPoker network in a three-year deal.