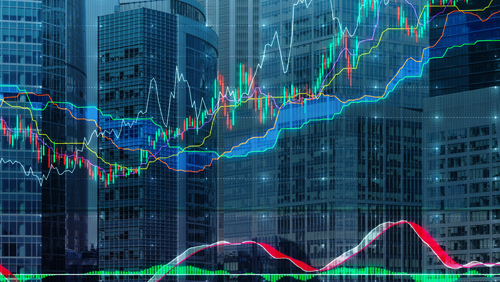 Malta — February 2016 — Catena Media plc (”Catena Media” or the ”Company”) announces the outcome of the offering of new issued shares and sale of existing shares in the Company (the “Offering”) and listing on Nasdaq First North Premier. The Offering attracted strong interest both among Swedish and international institutional investors. The Offering was substantially over-subscribed.

The offering in brief

• The final price of the Offering has been set at SEK 33 per share, corresponding to a market capitalisation of SEK 1,698 million based on all outstanding shares in Catena Media .

• The initial Offering size was increased with 5,144,450 shares in accordance with the terms of the Offering.

• The total value of the Offering, assuming that the Overallotment option is exercised in full amounts to approximately SEK 976 million, of which gross proceeds to the Company amounts to approximately SEK 240 million, before costs related to the Offering. The Overallotment option is exercisable, in whole or in part, during a period of 30 days starting from the first day of trading of Catena Media’s shares on Nasdaq First North Premier.

• The cornerstone investors have in aggregate acquired shares in the Offering corresponding to SEK 450 million. Their respective shareholdings as percentage of the total number of shares in the Company will after the Offering amount to the following: Investment AB Öresund 5.9%, Swedbank Robur AB 5.9%, Niclas Eriksson 3.5%, Ram One AB 3.5%, Knutsson Holdings AB 2.9%, Skandrenting AB (fully-owned by Erik Selin) 2.9%, and AMF Fonder 1.8%.

• Following completion of the Offering, Optimizer Invest Ltd, Aveny Ltd, Pixel Wizard Ltd will remain the largest shareholders in Catena Media and will hold approximately 16.0%, 9.9% and
8.0%, respectively, of the total number of shares in Catena Media1, assuming that the Overallotment option is exercised in full.

• Approximately 3,200 investors have been allotted shares in Catena Media.

“We are very proud of what we have achieved so far but we are always looking ahead and have a very positive view of the future. We have strong growth with high profitability, but more importantly, we have an amazing team. A team that is ready to keep our focus on organic growth, large acquisitions, new market entrances and further product development. We are happy about the strong interest the Company has received from investors, we welcome our new shareholders and look forward to continue develop the Company in a public environment”

Catena Media was founded in 2012 and is engaged in online performance marketing and lead generation and is almost exclusively active within the iGaming industry. The group thereby attracts users from multiple online and mobile channels and directs them to the group’s B2B customers mainly consisting of iGaming operators. The group focuses on the iGaming industry, and primarily on iGaming operators who operates online casinos on their own websites. iGaming operators typically use a network of marketing partners, known as affiliates, to promote their products and services and thus attract more end users to their websites. iGaming operators remunerate the affiliates for each end-user they refer to them, through such websites as www.johnslots.com/sv/ and www.rightcasino.com. The group’s Core Focus Markets are Sweden, Norway, Finland, the Netherlands and the United Kingdom. The group has approximately 80 employees and has its registered office in Sliema, Malta.

Matters discussed in this announcement may constitute forward-looking statements. Forwardlooking statements are statements that are not historical facts and may be identified by words such as “believe,” “expect,” “anticipate,” “intends,” “estimate,” “will,” “may,” “continue,” “should” and similar expressions. The forward-looking statements in this release are based upon various assumptions, many of which are based, in turn, upon further assumptions. Although Catena Media believes that these assumptions were reasonable when made, these assumptions are inherently subject to significant known and unknown risks, uncertainties, contingencies and other important factors, which are difficult or impossible to predict and are beyond its control. Such risks, uncertainties, contingencies and other important factors could cause actual events to differ materially from the expectations expressed or implied in this release by such forward-looking statements.

The information, opinions and forward-looking statements contained in this announcement speak only as at its date, and are subject to change without notice.