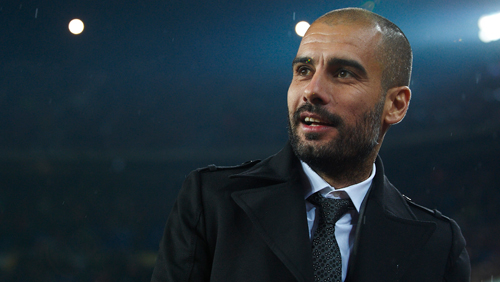 The January transfer deadline has come and gone and the biggest news is of a managerial switch after Bayern Munich’s Pep Guardiola confirms he will replace Manuel Pellegrini at the end of the season.

The curtain has fallen on the 2016 January transfer deadline and it’s news of a managerial switch that has proven to be the biggest story of all.

Manchester City has announced that Pep Guardiola, 45, will take over the reins from the Chilean Manuel Pellegrini on July 1. The current Bayern Munich boss joins on a £15m per year three-year contract when his current deal with the German champions expires in the summer.

Boosted by record TV deals, the blue half of Manchester have promised to hand the most sought after manager in world football £150m to spend on players. It ends speculation after Guardiola had his pick of Chelsea and the two Manchester clubs once he had told the press of his intentions to join the Premier League. Interestingly, City officials admitted nearly signed him prior to Pellegrini joining the club in 2012.

The European managerial puzzle now looks a little clearer given Guardiola’s appointment. Carlo Ancelotti, currently taking a year off after back surgery, will replace the Spaniard at Bayern Munich. It’s now rumored that Pellegrini could move to Chelsea. And that leaves Jose Mourinho as the only piece without a club.

Is it time for Ed Woodward to sack Louis van Gaal, so the Special One can park his bus on the hallowed turf of the Theatre of Dreams? Or are United going to keep faith with the plan of allowing the Dutchman to live out his tenure before handing control of the team over to Ryan Giggs?

There is no long-term game anymore.

Van Gaal will walk. Mourinho will come into the club. Giggs will have to cut his managerial teeth elsewhere alas Steve Bruce, Roy Keane and Mark Hughes.

Talking about Mark Hughes, the Stoke City boss pulled off the most expensive signing of the European transfer window yesterday when he picked up Giannelli Imbula for a club record fee of £18.3m from Porto.

Everton also shelled out a few peas when they signed Oumar Niasse for £13.5m from Lokomotiv Moscow and Shani Tarashaj from Grasshoppers for £3m. Across the city and Liverpool signed the highly rated teenager Marko Grujic from Red Star Belgrade for £5.1m.

Sticking with the big clubs and both Manchester teams kept their powder dry, although it’s widely being reported that Pep Guardiola’s arrival at The Etihad will signal the departure of Yaya Toure. Adnan Januzaj returned to Old Trafford after a brief spell on loan at Borussia Dortmund.

Arsenal signed Mohamed Elneny from Basel for £7.4m, Chelsea made a profit for once when Ramires went to Jiangsu Suning for £24.3m, and Alex Pato came in on loan from Corinthians. The Premier League leaders Leicester signed Daniel Amartey from FC Copenhagen for £5m and Demarai Gray came in from Birmingham for £3m. Leaving The King Power Stadium was Ritchie de Laet who joined Middlesborough on loan.

Newcastle boss Steve McClaren must be feeling a lot safer after Mike Ashley allowed him to go spend crazy. The biggest deals seeing Jonjo Shelvey arrive from Swansea for £12m, and Andros Townsend coming in from Spurs for the same price.

Norwich were also big spenders after Steven Naismith joined from Everton for £8.5m, and Timm Klose came in from Wolfsburg for £8.5m. Alex Neill balanced the books by offloading Lewis Grabbam to Bournemouth for £7m.

Southampton picked up the bargain of the season when they signed Charlie Austin for £4m, Crystal Palace picked up Emmanuel Adebayor on a free, Wahbi Khazri joined Sunderland for £9m from Bordeaux, and Alberto Paloschi joined Swansea for £8m from Chievo.

Sports on Screen: Manchester City: All or Nothing
Paul Seaton
8 December 2020