Home / Poker / PokerStars Players Meeting Statement: “We Deeply Regret That we Are Not Bringing Back Any Good News.” 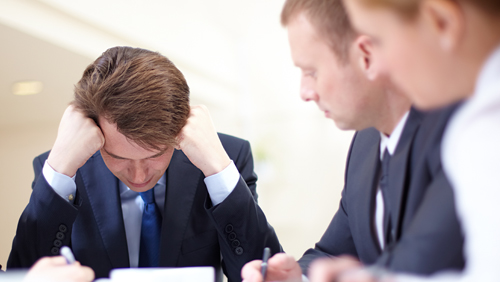 PokerStars players met with members of PokerStars executives to discuss the decision to renege on their agreement to honour Supernova Elite (SNE) and Supernova (SN) 2015 bonuses.

That was on 18th January.

They have since released their statement on 2+2.

“We deeply regret that we are not bringing back any good news.”

I’m not sure anybody thought they would.

Brand strategist Bernadette Jiwa wrote in her excellent book Meaningful: The Story of How Ideas Fly:

“Apple didn’t become the most beloved brand in the world by making beautiful stuff; they got there by making sense of what the future would look like and by making meaning for the people who would live in that future.”

PokerStars are not making meaning that makes sense to the three players who shared croissants and coffee in a ‘small, nondescript building on the side of the highway on the outskirts of Montreal.’

Daniel Negreanu was also in the middle.

Judging by his lack of signatory at the end of the statement, and our recent interview with him, it appears Real Kid Poker was the only person sitting in no mans land.

After that interview, all three of the players mentioned above posted on Twitter that they were less than impressed with Negreanu’s assertion that “it seemed like everyone was happy.”

To be fair to Negreanu, he made it clear that he wasn’t there for the entirety of the meeting. He later apologised for speaking on their behalf. It’s clear by the tweets and the statement that none of them were happy at all.

The lack of happiness comes from a meeting where they came away with nothing except a ton of numbers that show the poker ecosystem was not doing well; numbers they cannot discuss because they signed a non-disclosure agreement (NDA).

Happiness is only going to come when each side understands the need for a win-win scenario. But unless the company has their roots embedded in creating products for the customer, and not in generating profit for shareholders, there is never going to be a win-win.

The players had zero leverage.

Those who attended weren’t even elected to represent the players because there is no system in place to control such a thing.

The meeting was a facade and PokerStars knew it.

The meeting lasted for eight hours.

“Although the PokerStars and Amaya representatives were apologetic and expressed regret at the impact that the decision has had on players’ perception of the brand, we did not make any real progress on this point. They denied having any firm obligation to give 2015 SNs and SNEs the rewards they were promised and asserted that they did not feel that doing so would be in the best interests of their business.”

“We were unable to get a clear answer as to whether rake adjustments in this game were under consideration or if, in the worst case, it would simply be allowed to die.”

The removal of VPPs for high stakes cash games.

“They assured us that PokerStars considers high stakes cash an important part of its offering and that there are no plans to eliminate these games.”

And alternative options for managing rake changes that would increase revenue while at the same time producing less grief for grinders.

“The PokerStars/Amaya representatives did seem interested in these proposals, but ultimately we were left with the impression that they considered them to be more trouble than they were worth.”

And then the final curtain came down.

“We deeply regret that we are not bringing back any good news for the players. We tried our best to present both practical and ethical arguments against the SN/SNE cuts, but PokerStars is not willing to reconsider any of the changes.”

I will end with more wise words from Jiwa:

“We design the future by interpreting how today’s story might unfold tomorrow. The things that survive and thrive do so because they fit within our evolving storylines.”

And there lies the most pertinent question of all.

Do professional poker players fit within the evolving storylines of PokerStars, and if so, just how much script time are they going to get?

Here is the players statement in full.