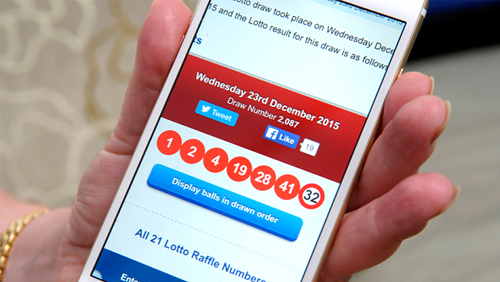 Are you irritated doing an online transaction that takes so long to complete? Well, you can’t be as upset as Edwina and David Nylan.

The UK-based couple thought they had won the £35 million Lottery jackpot, but were left empty handed after Camelot declared their £2 online ticket purchase a failure. According to The Telegraph, the Nylans picked all six winning numbers, but the Lotto mobile app they used to play did not register their purchase.

Edwina Nylan told the news outlet said she tried to buy the ticket on Dec. 23, but her account showed she had insufficient funds. This prompted the grandmother of seven to top up her account before buying the ticket that contained the winning numbers.

Edwina said she and her husband used a phone app to generate the random numbers. Their numbers came up, but when the Nylans contacted the lottery operator, they were told the purchase had not gone through because they only had 60p in their account.

“Shocked isn’t the word. I am gutted, but what can we do,” the 55-year-old said, according to Mirror.

Edwina said they usually get email confirmations, but she admitted she “didn’t remember to check because it was just before Christmas and I was so busy.”

Still, the couple is trying to get Camelot to pay out the prize despite the mistake.

Camelot confirmed to The Telegraph the couple tried to buy “an online Lotto ticket multiple times on December 23 from 7 p.m. onwards,” but “the attempted purchases were not successful” due to insufficient funds.

In a separate message to Mirror, a spokeswoman for the lottery operator said: “Only tickets that have been successfully purchased can be entered into the draw. So it is up to players to ensure that they have adequate funds in their account to complete a ticket purchase.”