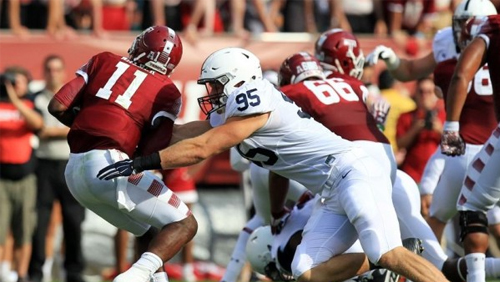 The Toledo offense is fueled by their solid running attack led by Kareem Hunt who has accumulated 894 yards and 10 touchdowns in eight games played. Hunt, a second-team all-league pick this year, he leads the MAC with 111.8 yards per game and has gained over 100 yards in each of Toledo’s last four games. His backup sophomore Terry Swanson is right behind Hunt with 870 yards. Also a second-team All-MAC selection, Swanson averages 6.6 yards per carry, tops in the MAC and 12th in the country.

Senior passer Phillip Ely had a productive season completing 06-of-375 passes and amassing 2,680 yards and 21 touchdowns after he injured his knee ending his 2014 season. Ely has a good receiving core to throw to, featuring 4th year player Alonzo Russell. In his career, Russell has caught 199 balls for 3,044 yards along with 24 touchdowns.

Defensively, the Toledo Rockets are extremely stout in the red zone stopping their opponents to just 23-of-35 (65.7%) inside the 20-yard line ranked 3rd in the nation.

The Temple Owls enter this bowl contest by winning the East Division of the ACC with a 7-1 conference record and did so with a fairly solid, balanced offense. Junior quarterback P.J. Walker has bye-passed 2,000 yards for the third consecutive season and junior running back Jahad Thomas earned his first 1,000-yard season on the ground.

The Owls have installed a “no fly  zone” defensively by leading the conference in passing efficiency defense and have allowed 211.4 yards per game and 11 passing touchdowns. The Owls are second in the American in interceptions with 16 and are second with 43 pass break ups.