Home / Business / Vic Salerno: Sports betting is ‘not hurting anybody’ 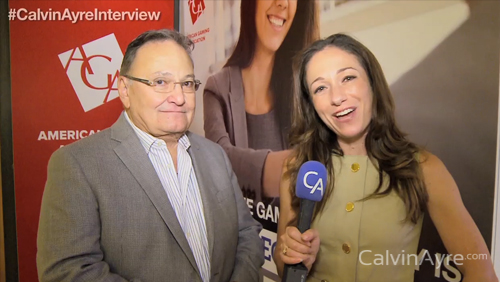 In this interview with CalvinAyre.com’s Rebecca Liggero, William Hill US Chairman Vic Salerno shares his thoughts on why Americans should be able to bet on sports.
Sports betting is not hurting anybody.

In fact, it’s a great source of revenue that many cities across the United States have yet to tap into, which is why William Hill US Chairman Vic Salerno is surprised that sports betting is still restricted in the country.

“They’re betting on them now. It’s just that we’re not getting any revenues, or besides the states of Nevada and Delaware, the rest of the states are really missing out on tremendous revenue,” Salerno told CalvinAyre.com.

The sports betting business, according to Salerno, could even surpass motor companies or beverage business if only it’s given a chance.

“There’s just billions, hundreds of billions of dollars are being bet in illegal [to] nobody’s benefit—the federal level, the state level, the cities aren’t benefiting, which is a great source of revenue… really, it’s not hurting anybody,” he said.

Salerno, recently inducted into the American Gaming Association Hall of Fame, has been in the industry for more than 32 years, but he admitted that he has yet to see the light at the end of the tunnel for online sports betting in America.

“For the past 40 years, I’ve been saying it’s going to happen in the next five or 10 years and it hasn’t, so I don’t know when it’s going to happen,” Salerno said. “I know it’s happening now illegally down in the Caribbean [away] from the U.S. I’ve said in the late 90s that Nevada should take the lead on that and what happened was that the Caribbean did take the lead. We could have been the ones that would take that lead for the rest of the world where it’s legal without violating the Wire Act and we missed that opportunity, so I’d like to see it happen.”

As much as the public is eager to see sports betting regulated in more states, Salerno still has some reservations.

“I know the public wants it to happen, only where I have is the regulators or the legislators will try to take too much out of it and charge the consumers and bookmakers too much and then it would revert back to the illegal model,” he explained.