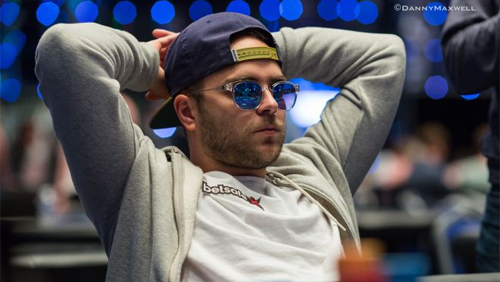 After televised coverage of the 2015 World Series of Poker (WSOP) Main Event had developed a case of incongruent radiance, social media was awash with tales of the death of televised poker. It seems Norwegian poker fans didn’t get that memo.

After 13-years in the wilderness, Norwegian poker players didn’t have to fork out for flight tickets and accommodation to play in their National Championships. It was held on home soil. It became the most watched poker event in Norwegian television history.

Over 100,000 fans watched over 60 hours of programming courtesy of TV 2 Sport pay-TV channel. The finished product was a visual splendour, courtesy of Amaya Inc. subsidiary Global Poker Tours Ltd., the team responsible for hosting the event.

The historic event was held at the Thon Hotel in Gardermoen, Oslo. 1,973 players ponied up the 5,000 NOK ($580) entry fee, and they couldn’t dream up a better story. The winner was the country’s biggest ever live tournament money earner: Felix Stephensen.

Stephensen became a household name in poker when in 2014 he was runner-up to Martin Jacobson in the WSOP Main Event earning $5.1m. Stephensen’s live tournament affairs have been low key since that huge score with a 32nd place finish in the EPT11 Grand Final in Monte Carlo his best score to date.

The turnout dwarfed the 1,274 entrants that made their way to Dublin for the 2014 Norwegian Championships, and it bodes well for the future of Norwegian poker.

According to PokerNews, Stephensen started the final table second in chips. His heads-up opponent was Silje Nilsen. Nilsen began with the chip lead but lost it in a flip AK