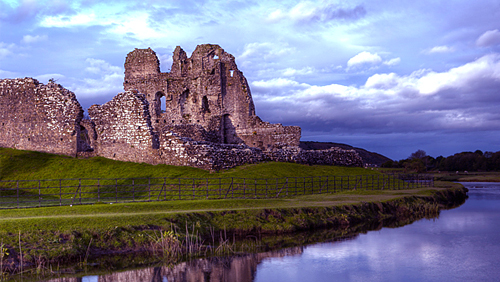 Lee Davy lets sentimentality get the better of him as he asks the World Series of Poker to consider moving their European festival around the more poker playing communities in Europe.

Gary is in his 50s. He loves poker. Before people start playing Tombstone Hold’em on his gravestone he wants to compete in a World Series of Poker (WSOP) event. He can’t fly. His back is shot to bits, just like his dream.

The WSOP held its first bracelet event, outside of the US, in 2007. London’s Leicester Square was the venue. Thomas Bihl won the first-ever non-US bracelet, and Annette Obrestad broke the record for the youngest-ever winner when she won the Main Event at 18 years, 364 days young.

The series was deemed a success. Poker players from all over the world ate fish and chips until 2010. A partnership with Groupe Lucien Barriere saw the series move to Cannes in 2011; it stayed there for one more year before moving to Paris in 2013.

In 2014, the WSOP decided to turn the WSOPE into a biennial affair, exchanging annual handshakes with the kids down under as the World Series of Poker Asia-Pacific (WSOP-APAC) was born. This year the event returned to Europe and Berlin was chosen as the third country to host the event in its eight-year existence.

If the WSOP buggers off to Australia in 2016, then we won’t see a return to Europe until 2017. Berlin was a great choice. But should they return to a vibrant capital city full of sharks?

I hope not, for Gary’s sake.

In 2001, Wembley Stadium came crashing down. For the next six years, the English national football team was homeless. They had no choice but to take their show on the road. England football fans based in Manchester, Newcastle, Liverpool and Birmingham, all got the opportunity to see their national side without having to fork out a small fortune to travel to the capital.

It was great news for England fans, and it seems they may be in for another treat in the not too distant future. Wembley is currently contracted to host all England Internationals, but the decision of Chelsea and Spurs to redevelop their grounds, and use Wembley as an intermediate base, may open up the England roadshow once more.

WSOP should also take the WSOPE on the road. Right now, if you live in Berlin, you can pop into the Spielbank Berlin Casino and tick something off your bucket list. That’s an incredible opportunity for the German poker public, one I believe should be shared.

Most of the major sporting events are showcased in different parts of the world. The World Cup and the Olympics are always giving their fans the opportunity to live the dream. The World Series of Poker Circuit (WSOPC) brand came to Europe, this year, for the same reason – but it’s not the real deal now is it?

Wouldn’t it be great if there was a bidding process for the rights to host the WSOPE, that took place every two years. Casinos from the major poker playing nations could bid, and the WSOPE can select the most appropriate while ensuring the event is held in a different country each time. The same is, of course, true with the WSOP-APAC – it’s not the WSOP-Australia.

So come on WSOP.

Move the next event to Ogmore Valley in Wales. There are more sheep than people, but he has reliably informed me that if you come to town, his missus Michelle will make the food.