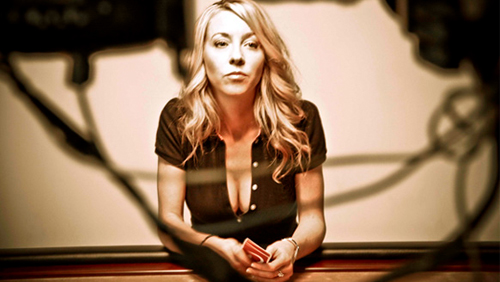 Isabelle Mercier has joined Tonybet Poker as their official ambassador for Open Face Chinese Poker, and will be taking part in this winter’s Tonybet Poker OFC World Championships in Prague.

Tonybet Poker has decided to try and pump some value out of the poker ambassadorial model by inking a deal with Isabelle Mercier.

The 40-year old Canadian has been hired to promote the site’s Open Face Chinese (OFC) product, a game she recently told PokerNews is ‘a drug’ that she is completely ‘addicted to.’

Mercier made her way to the tables via a croupier position at the Casino de Montreal and a Poker Room supervisory position at the now defunct Aviation Club de France (ACF) in Paris.

Her big break came in 2004 when she was invited to participate in a World Poker Tour (WPT) Ladies Night Out Invitational event, as part of the Legends of Poker series. Mercier defeated the likes of Cyndy Violette and Clonie Gowen to bank the $25,000 first prize, prompting Poker Hall of Famer Mike Sexton to give her the nickname “No Mercy”.

The Canadian’s live tournament earnings stand at $1.2m. Her career highlights include a European Poker Tour (EPT) Season 2 Main Event final table appearance in Deauville, finishing seventh for $72,797; a fifth place finish in a $5,000 No-Limit Hold’em (NLHE) side event at the 2006 World Series of Poker (WSOP) for $175,404, and victory in a €4,000 buy-in charity event, at the EPT Grand Final in Monte Carlo, back in 2009, earning the winner takes all prize of $341,862 after beating the former England, Man Utd and Spurs center forward Teddy Sheringham in heads-up action.

Speaking in an exclusive interview with PokerNews Mercier likened her awareness of the growth in OFC to Giorgio Moroder knowing the synthesizer would be the future of music.

“I am convinced that OFC is the game of the future, and Tonybet Poker is totally innovating by offering this form of poker in cash games and tournaments.” Said Mercier.

Tony G left his sponsorship deal with partypoker in 2013 so he could concentrate his efforts on Tonybet and Tonybet Poker. They soon became the first operation to offer online OFC anywhere in the world. They most recently rolled out their product in Denmark. Tony G is currently representing Lithuania as a member of the European parliament.

If you can’t wait that long to share a few competitive hands with Mercier, then you will find her participating in OFC “NoMercy Ride” tournaments every Wednesday at Tonybet Poker.