Leicester City striker Jamie Vardy has apologized after video footage was obtained of him calling an Asian man a ‘Jap’ at a local casino.

On 7 June 2015, Leicester City forward, Jamie Vardy, won his first England cap after replacing Wayne Rooney in the goalless draw against the Republic of Ireland. 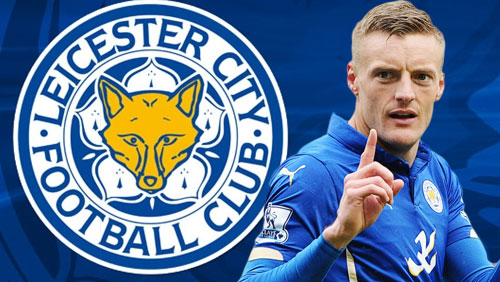 It’s a good job we only have one head.

On Saturday, Vardy was on top of the world; netting his first goal of the season in his side’s 4-2 demolition of Sunderland. The Match of the Day pundits were full of praise for another hard working performance. Leicester City were top of the Premier League.

On Sunday morning, Vardy was knocked off the top of the world – quite violently. The Sun newspaper had got their hands on CCTV footage of Vardy playing poker with his fiancée, before launching a verbal tirade attacking an Asian man on the rail, calling him a ‘Jap.’

The incident was said to have occurred as Vardy played poker in a casino. He was in the company of his fiancée and fellow teammates Ritchie De Laet and David Nugent when the incident occurred at 1.30am on July 26. Neither De Laet or Nugent were involved in the incident.

Reports state that the unidentified Asian male was watching the poker action from the rail. Vardy’s fiancée – who was seated next to the England striker – told him that the spectator was looking at his cards. The pair exchanged a few words before Vardy is heard saying: “Jap. Yo Jap. Walk on…Walk on…oi…Walk on…Yeah you…Jap…Walk on.”

Vardy has since apologized for his behavior.

“I wholeheartedly apologies for any offence I’ve caused. It was a regrettable error in judgment. I take full responsibility and I accept my behavior was not up to what’s expected of me.”

His club released the following statement.

“We expect the highest standards from our players on and off the pitch and for them to set an example as role models in our community.”

The incident came after an amazing set of results saw Leicester escape relegation from the Premiership by the skin of their teeth. Claudio Ranieri was brought into replace Pearson at the helm. He isn’t the only new face at the club. Japanese international Shinji Okazaki also joined in the summer.

I doubt he will be rooming with Vardy on away trips.