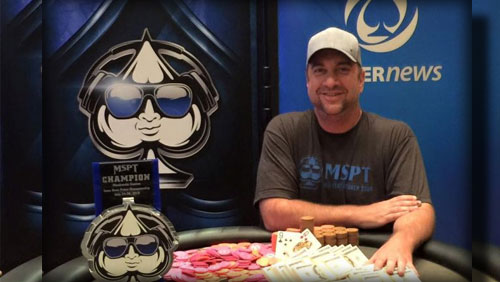 Blake Bohn has won the Mid-States Poker Tour (MSPT) Main Event at the Meskwaki casino in Iowa after defeating Justin Thurlow in heads-up action to take the first prize of $101,229.

Blake Bohn is in pole position for the Mid-States Poker Tour (MSPT) Player of the Year (POY) title after topping a field of 410 entrants in the $1,110 MSPT Main Event at the Meskwaki Casino, Iowa.

Bohn – who is a member of MSPT Team Pro – bagged his second title after overcoming a final table that contained two other former champions: Peixin Liu taking the Shakopee title in 2014, and David Gonia doing likewise in Columbus in 2013.

MSPT Player of the Year Standings