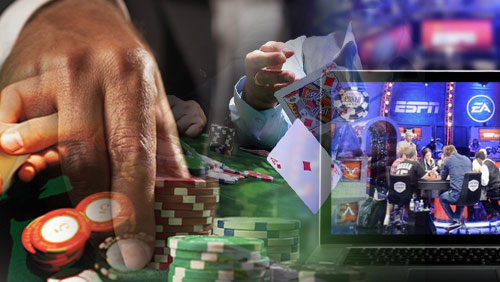 Lee Davy opines about the edge that the live stream can give to professional poker players, who use the information to adjust to their opponent’s tendencies.

A professional poker player once told me that people who pretend to be poker players are called Muggles. I laughed so hard, until I realized that he was referring to me. He was politely telling me that I was not part of the gang, I had not done enough to warrant membership.

The game/sport (cross out your own preference) of poker is unique in as much as professionals and non professionals compete in the same events. This is true both online and live. The only thing that sometimes separates the two is money, and even then the richest men and women in the world, who may or may not have a clue how to play poker, can take a seat amongst the elite.

This creates a problem, and not a secretive one either. In order for the two to co-exist the non professionals need to win their fair share of the money, otherwise they end up getting divorced because they have piled so much money onto the plastic that it’s melting.

It’s taken a long time, but the online poker rooms have woken up to this fact. Bodog were the first outfit to react by creating the Recreational Poker Model, but nobody will remember that. Over a decade later I am sure PokerStars will turn out something similar and will be heralded as revolutionaries. That’s the way the cookie crumbles these days. Give a man a spade and he shovels shit with it, give a man a red spade and he puts it under his mattress, pulling it out for the occasional Tommy Tank.

When online poker blossomed, smart innovators figured out ways that they could profit. Amongst them were the third party software creators. These money machines creates software that would help professional poker players identify the idiots and rape them of every penny they owed.

To HUD or not to HUD? That is the question that has bored the pants off everyone for years, but has too much focus been placed onto our laptops? What about the live game?

On the face of it you would imagine that the dirty green baize is a suitable place for a fair fight. No amount of high tech trickery can give someone an edge, and writing notes on a piece of paper is akin to turning down a shag with Sophia Vergara to paint toy soldiers. But there is one part of the game that is increasingly bothering me, and that’s the final table live stream.

During several interviews with professional poker players, they have told me how they prepared for a live final table performance, by having fellow professional poker players sitting in the audience, iPad in tow, where their job is to watch all of the hands that his or her opponent holds, and then transfer that information to the professional either during the break or whenever he feels like walking over to the rail.

Let me put it a different way.

I’m a Muggle. I get to the final table, and I’m seated to the left of a Global Poker Index (GPI) Top 10 player. I am well out of my depth. He opens, and I three-bet him on the button with [Ks] [4s], and he folds. 20-minutes later, and the pro walks over to the rail, and his fellow pros tell him that I three-bet him with [Ks] [4s].

How important is that information to the pro, and what does that do to the chances of the recreational player?

It’s ok for people to say that the rules are fair to everyone, but let’s be honest, that’s a crock of shit. A recreational player is very unlikely to have a number of top professional poker players sitting in the audience watching the live stream on an iPad. They are more likely to have their grandparents in the audience wondering why the fuck the World Series of Poker (WSOP) don’t spend a few bucks on TV screens big enough so people can see what the fuck is going on.

One of the great things to come out of the WSOP this year is the number of non professionals that have won some of the large field events. It keeps the dream alive. Apollo Creed cannot win every round. Rocky has to knock him on his ass every now and then. The live stream is no different to an online HUD when it falls into the right hands, and one expects the professional poker play to have hands that are right.

Something needs to be done about this.

You can’t ban the live stream. I think it’s vital for the growth of our game. If you make it live, then you need to remove the hole cards. This makes it about as interesting as watching an episode of Little House on the Prairie. That can’t happen.

So you are left with only one option, and that’s to stop the players from leaving the table. They are not allowed to go to the rail, and they are not allowed to spend time with people outside of the final table during breaks. Instead, tournament organizers should make sure there is a green room for players to take breaks, and food and drinks should be organized. It’s all business, and no play, and those fortunate to be playing at this stage of the game should respect that.

I know this takes the emotion out of the game. Watching players running to the rail to hug with friends is a wonderful sight to behold. You are talking to a man who cried watching The Littlest Hobo, so I understand emotion, but I really believe the Muggles are giving up to much of an edge against the pros because of the live stream.

How will iGaming cope with the future strain on global bandwidth?
James Isherwood
8 October 2018

Michael Pedersen: Live streaming is the next big thing in gambling
Video
18 December 2017