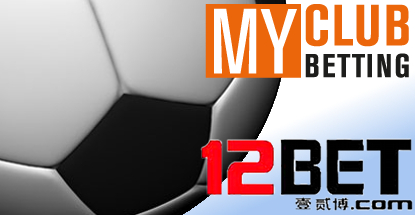 12Bet, which recently relaunched its UK-facing sportsbook, will enjoy a strong advertising presence around Swansea’s Liberty Stadium as well as via the club’s digital channels. Club commercial director Leigh Dineen said there were other “exciting projects in the pipeline” and 12Bet CEO Rory Anderson said the two parties had come up with some “innovative ways to make this partnership stand out.”

MY CLUB BETTING SPONSORS COPA AMERICA
The 44th edition of the Copa America football tournament kicked off in Chile last week and concludes July 4, with 12 Latin American nations battling for regional bragging rights. Among the participants are such notable names as Lionel Messi, Neymar, Sergio Aguero, Filipe Luis and a host of other European footie fixtures who have returned home this summer to fight for their respective national honor.

My Club Betting, which provides a free betting service to grassroots sports clubs in the UK and Ireland, has teamed with UK pay TV broadcaster Premier Sports to serve as official broadcast sponsors of the Copa America tournament. In the UK, the tournament will be broadcast on Sky, Virgin and TalkTalk, with live streaming online via Premier Player.

My Club Betting marketing director Mark Adams said his outfit was tickled to be sponsoring “the biggest football tournament outside the World Cup.” My Club Betting offers its sports club partners 20% of net revenue generated via their club’s betting activity and Adams said Copa America’s designated charity was Street Games, which promotes sports participation in disadvantaged communities. So help a disadvantaged kid by checking out MyClubBetting.com/Copa for live in-play wagering opportunities.