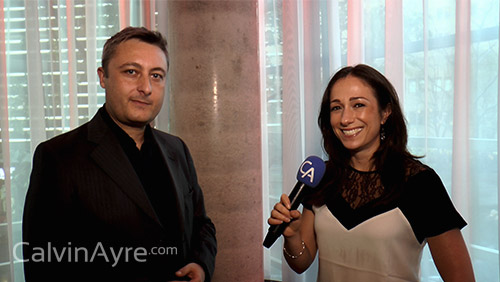 Rebecca Liggero talks to Geoff Read, Founder and CEO of DAB Gaming Limited on how to create the best possible user experience on mobile and tablet devices.

Read was full of useful information from a social gaming side and contributed a lot to the panel discussion.  “All the innovation is happening in social.  The best games are in social in my mind at the moment”, Read said.  At the same time, he added that the social gaming industry is only three to four years old and the industry is still learning- everything is a constant experiment, he said.

Reed shares the his top-three tips on how to create the smoothest and best possible user experience for players for mobile and tablets.

“First you have to have the right technology and then we use the native application, primarily and that creates the best experience. It just provides the smoothest interface. We also use HTML5, which we ran on android devices but it’s not quite the slickest as the native, so I think the first is to get the technology right.”

“The third point of user experience is how to engage the customer in all of their friends. How do you access and get viral. Things don’t just go viral o their own. You have to build aspects on to the game. So you have to invite Facebook friends, you have to share things with friends; when you get stuck, you have to ask your friends.”

According to Read, an area for improvement with social would be to ditch the clutter on the screens- social companies keep adding and adding features and he thinks this is confusing for players.  “Social is going to have to figure out how to make the experience a bit easier for the arriving player”, he said.

Along the same vein, he advised operators to build a game for mobile from scratch as opposed to moving a game from desktop to mobile.  Trying to cram a massive desktop product into a tiny screen is just too much information and you’ll end up with a clunky user-interface, he said.

In terms of satisfying the player, Read suggested studying a success such as Candy Crush where 40% of their players are “pay to play”. “Try to get underneath what it feels like to play this game”, he said.  Find out what excites the player- the gold star vs. red star, competing against friends, making a new level and so on.

Watch the video to hear more from  Geoff Read.