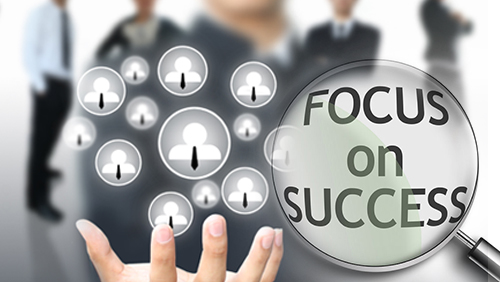 I am going to spice it up in my column today and discuss something a bit out there. Love it or hate it, it has some validity.

Specifically now how this nifty term “The Intrepreneur” may be a key to unlocking some innovation in online poker marketing and business development in North American and Western European markets.

What a mouthful but hear me out.

But First, My Change Anecdote from Massive Tech Company

I like to drop ‘I worked at massive tech pioneer company’ anecdotes sometimes. I started doing this way back in the 2000s. Since those days I have been both driven and fortunate enough to become part of some of the big ships sailing out to sea during their explosive growth periods.

So these blue chip tech companies made changes every day to try new things. Complete reversals from the day before, even.

It was fascinating. To see some of America’s and Europe’s best young MBAs and engineers have a go at it. Seeing the level of perpetual change was hard to grasp. Eventually you get to be hard to it. Ultimately you have to know how to take a punch, not take it personally, and iterate onwards.

In previous articles, I have posted graphs which show that the global gaming industry is steadily chugging along, adding volume each year.

There is a large group of sites you and I have never heard of in practically any country you can imagine. Huge countries like Indonesia, for example. They are running local rooms in native languages and are growing. Don’t even get me started on bitcoin.

In 20 years, the global gaming market will be much bigger for a plethora of reasons. Far and wide I see growth.

I acknowledge it all.

It has been tougher for some and a specifically rougher ride for America and Western European companies due to the global setup of gaming.

If you fall into one of these struggling groups, I would like to suggest trying this tactic below at work. At least discuss it. Maybe it can spark something.

This word is a dandy that I have been seeing bandied around increasingly in 2015.  “The Intrepreneur.”

Part of me thinks this term is destined to become the next “synergy” or “thought leadership” or “disruptive” and end up in the graveyard of overused vague to spectacular business terms.

This term ‘intrepreneur’ is actually on google trends and has been searched for a few years. It has no real headlines in mainstream media, but there are searches. (It is always fun to take a word like this and throw it out as bait as I am now).

So what does this word mean? Well, an intrepreneur is an internal champion of change, creativity, vision and pulse. Like an entrepreneur in classic terms, but one that is walled inside the company.

I dare you, leadership, to try it out. But don’t just do it yourself. Go and give different people in your company a chance to act as this person. No strings disclaimers, i.e., be super open about it and manage expectations so nobody gets hurt. But try it. Have them put on the intrepreneur hat for a few hours, days, weeks or even months.

Psychologically speaking, this is a very strong cognitive switch. A new mood cycle even. It is not for everyone, but it is a way to spice it up.

Pro Tip: Think of some strong founder personalities you know that are extremely successful. Borrow some of their traits to try for size. Scroll to the bottom, I list some in a stellar graphic.

Doesn’t it?! Realistically, the thought of doing this job is more like imagining a never ending staircase that you must climb and grind.

It is being on the hot seat. That’s one of my interpretations. It certainly isn’t easy. Put on your cowboy hat and ride the wild bull of scope creep.

The intrepreneur has to be taken seriously by everyone and has to feel validated about the work they do.  More likely than not, many of the ideas will be shot down, if even tested. Some that go hard might even be failures.

A company that is agile enough to deal with the ups and downs, all the highs and lows could scale to this. I also believe some of the top performers out there could have some fun with a test team doing this.

Politically and with human resources in mind, I’m sure this idea would threaten a large part of the work force.  All those cumbersome companies for example. I can think of one local gaming company that has 8 vice presidents. They are not exactly going to be trying out for the “intrepreneur of the year award.”

On a more negative spectrum, it is not really for the types that sit on their laurels 24/7 (I love sitting on laurels and feeling good, but we are taking fast, continual change here). This is nor for those politicians that wait for others to do the work while running interference, obfuscating and manipulating for their purpose (usually to survive). It could work great for credit stealers though, now that I think about it. No, this method is not for the negative charges. It is for positive charges.

Funnily enough, Intrepreneurs may start and piss people off. They piss them off because they are pushing change. Change is stressful, we all know that. Moving, for example. That is never fun even if it works out to be a way better life in the new place. Change resistance is a common theme in every walk of life that I have ever seen.

I like the PMI, Project Management Institute, because they are change-o-holics. And they document everything. And as always, they continually say that it is all about the communication.

A good intreprenuer must actively be working on communication as part of the job description. They have to gap the farmer and the fisherman, while doing advanced reconnaissance scouting.

The Night is Full of Terrors

This article really is a call to action for gaming companies to step out of that safe place for 5 minutes. To beckon you out of that stagnant business development team. To call you from that suppressed project management team. To implore any bored content writers to think change.

I want, for a moment, for everyone to put any bureaucratic tendencies to the torch. Put on your entrepreneur hat. Sit in as an arm chair CEO and spread some ideas. Spread them thick and plentiful.

Go make it happen. Good stuff, bad stuff, terrible stuff, genius stuff. I’m calling it stuff, but it could be called change, innovation, iteration or even simply getting s$#t done. It could be a new font on the disclaimer or it could be a 2M dollar content deal.

Making change happen is very important right now for gaming in Western Europe and North America. Even if the revenue is knocking down your door.

My favorite 4 Iconic Entrepreneurs in Gaming to Think About

Everyone can learn from these 4. These are some greats to emulate for your intrepreneur experiment. Forgive my 10 year old graphic. It is how I like them.

*Some of these guys have retired now, so they won’t be trailblazing into the future.*