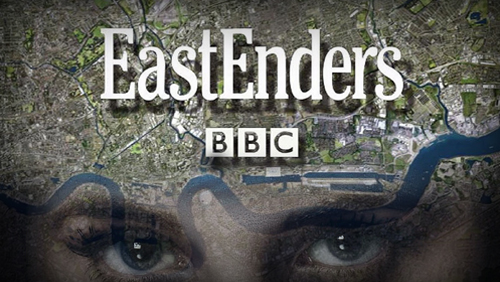 The biggest whodunit in UK television history draws to its conclusion this Thursday, as EastEnders celebrate their 30th Anniversary. The “Who Killed Lucy Beale” storyline, which started on Friday April 14th 2014, took an exciting turn today, as EastEnders producers at BBC Television, showed the rest of the television world how to use social media in mobilising their viewers.

Ten whole months and three days of clues, twists, turns, teasers and red herrings sees the BBC EastEnders’ social media campaign step up a gear as the shows producers make the unprecedented move of distributing a Facebook (852 x 315) cover image showing the list of suspects along with the arrow pointing to the fans profile picture: “I know who killed Lucy”.

Thursday’s hour-long episode will contain live segments (BBC 1 @ 7:30 – 8:30) which finally concludes the long running whodunit in a much-hyped big reveal. The reveal is followed in true “whodunit” Columbo style by a prerecorded flashback show, with live inserts, which details the last 24 hours of Lucy’s life.

The EastEnders PR machine has set the finale up beautifully, and singlehandedly brought betting to an entirely new audience, yesterday BBC NewsBeat editorial pushed: How to throw a ‘Who Killed Lucy Beale'” party in which they suggested having a punt on the outcome.

This isn’t the first time we’ve seen an EastEnder push the boundaries by bringing soft gaming to a wider mainstream. On 8th September 2010, it was announced that Barbara Windsor would front a TV campaign for Jackpotjoy as the Queen of Bingo, Babs, EastEnders’ matriarch Peggy Mitchell is best known for the iconic scene in Carry On Camping in 1969, where her bikini top flew off during outdoor aerobic exercises.

In the lead up to the 100% live episode on Friday, tonight, tomorrow and Thursday ’s big one hour reveal show are set to contain live segments, supported by live tweeting from character Tamwar Masood (played by Himesh Patel), with live segments clearly indicated by the hash tag #EELive in the corner of the screen. Viewers will engage and interact with the characters, and each other on a scale never previously accomplished.

Paul Reilly, CEO Media Skunk Works and owner of FlashBitch – The TV Tipster noted: “This is truly ground breaking. BBC TV are raising the bar, delivering the most intricate integrated social media campaign on a scale that has never been done before. I expect the impact this will have on novelty betting will be equally unprecedented, leaving X Factor by the roadside. Here we have a number of firsts for mainstream UK television, social media and novelty betting.”

Coral bookmakers predicted the EastEnders murder mystery will take ten million pounds in bets but in light of this latest social media coup, and based on the volume of hype currently dominating all media channels, including BBC radio 1, this estimate may prove to be conservative.