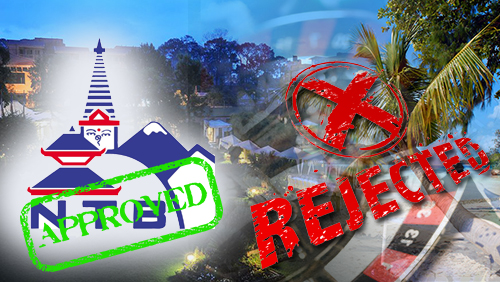 Hong Kong-based gaming operator Silver Heritage has secured approval from the government in Nepal to run the Shangri-La casino at the Shangri-La Hotel & Resort in Kathmandu.

According to Nepal’s Department of Tourism, under the Ministry of Culture, Tourism and Civil Aviation, Silver Heritage plans to run the casino as a joint venture with a local Nepalese company and to invest more than NPR1 billion ($10.12 million) in the project.

In the short term, Silver Heritage has been granted the green light to prepare to start its operations of the Shangri-La casino once the ministry’s operation manual to run casinos in line with the new regulations are drafted.

Silver Heritage is the only operator that has applied to operate a casino under the new casino regulation. Hotel Everest’s Everest Casino and a casino in Soaltee have expressed their intentions to resume operations after all the casinos were shut down in April 2014 for unpaid royalty dues and lack of operating permits.

PALAU SENATE REJECTS CASINO PROPOSAL
Over in Palau, those who have been pining to see a casino in the western Pacific island will have to wait a little while longer because majority of the Senate has voted to reject a new proposal that would establish an exclusive casino license in the island country.

The casino bill passed the country’s House of Delegates with some lawmakers arguing that a casino could help generate tens of millions in revenue and reduce Palau’s seeming overreliance on international donors, specifically the United States.

But no matter how strongly the House of Delegates championed the idea, the Senate has continued to put its foot down. This recent vote marks the second time in three years that such a movement was derailed because of opposition from other quarters.

Back in 2011, three-quarters of Palauans voted ‘no’ in a referendum calling for the inception of a similar casino license.