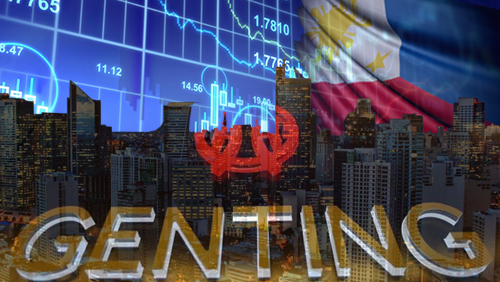 The last time I covered the Philippines in any depth, Manila was at the tail end of a huge spurt in money growth of about 50% in two years, translating to 25% annual money growth. Now, since December 2013, that growth rate has slowed dramatically to 4% a year. 4% a year is not much more than the average 2% annual growth in the world’s above-ground gold supply. In other words, for all intents and purposes, Manila has been on a virtual gold standard for over a year now. 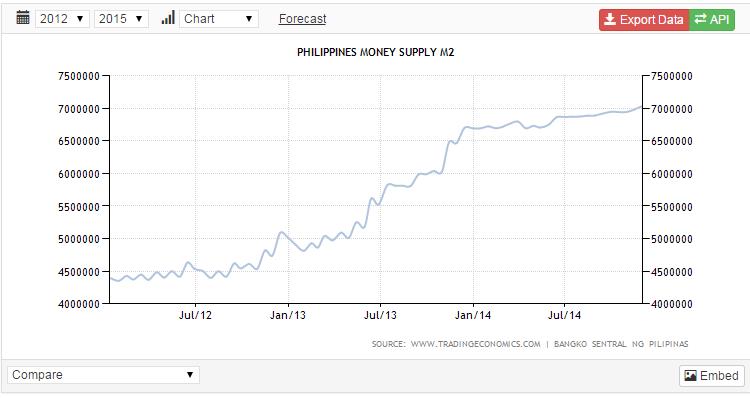 Predictably, with the extreme deceleration in money growth comes deceleration in price inflation from 5% annual to 2.7% annual, a 50% drop. GDP growth is also down to near recession levels as expected, but there’s also a very good side to this. Government spending in the Philippines has stabilized, along with interest rates to around 4%. Lower than in the past, but not dangerously low. Manila’s debt to GDP is down to under 50% despite weak GDP growth. Government spending, the universal GDP “fudge factor”, is actually steady. Try to find that in the Western world. It can barely be said even of the so-called “austerity” countries. Total external debt in the Philippines is actually down.

The overall picture is that while the Filipino economy is in for some weakness due to slowed money growth, if this steady-to-tight monetary policy holds through the coming weakness, then by the time that major casino development projects are complete, the economy will be in full rebound mode. The timing won’t be perfect, but that will probably be the trend.

Companies going in on the upswing will benefit, especially if development plans were and continue to be financially responsible. Melco, Genting, and Universal Entertainment Company are all putting their chips in at Entertainment City. Genting’s development there has been especially prudent and could turn out to be a great success.

The key points to note with Genting’s investment into Entertainment City are, first of all, despite the money put down there, total debt for the company is down to $479.1 from $746.4M a year before. That a 36% decrease in one year. Very smart to pay down debt now while interest rates are low. Interest expense for the company has plummeted to $63M from $231M in the same time frame. 89% of the company’s debt is floating rate, and only 11% fixed, but at the rate the company is paying it down it shouldn’t even matter. For the $1.1B project that the Bayshore Project in Entertainment City is projected to be, Genting is sure managing its finances well.

The major risk is that the slowdown in money growth will bring the country into a deep recession, complicating the launch of Entertainment City. That is certainly possible, but given that the current slowdown is over a year old already and GDP growth in the Philippines is still technically positive even with government spending more or less steady, this is a good sign that the Filipino economy is handling the monetary shock well enough. The current slowdown is not over yet, but given the country’s relatively low debt burden and manageable interest rates, there won’t be a torrent of defaults even if GDP growth goes negative.

In fact, expect that to happen, and expect gaming companies invested in Entertainment City to take a temporary hit. It will be a good buying opportunity.

A potential added boost for Entertainment City and the companies invested there is that the Philippines could be the next big “money laundering” site for Macanese high-roller VIPs looking to tuck their money somewhere. If Manila is smart enough not to harass these people, then perhaps Macau’s loss due to government crackdowns can be Manila’s gain. After all, Entertainment City is only a hop, skip, and a jump away from Macau. The question is, will China make a fuss about it, and even if they did, would Beijing be able to do anything to stop it?

Genting looks good from a technical perspective as well. The stock has been coiling in two tight triangle patterns since early 2011. Usually, from such a long triangle pattern a stock breaks hard up or hard down.

Genting’s financial situation coupled with the seemingly resilient Filipino economy that apparently can even take a money supply crash from 25% to 4% annual growth, all signal that Genting will be breaking to the upside fairly soon.