Home / Business / Interview with Gian Perroni on Break Out Gaming 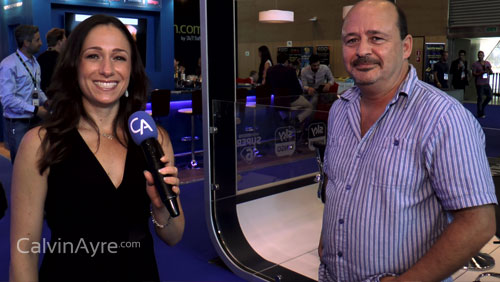 Rebecca Liggero talks to Gian Perroni of CanAffco.com and he discussed about the concept of Break Out Gaming.

The success of Bitcoins has spawned hundreds of imitators, which like the original BTC are “mined,” which means to created by using computers’ computational power to solve mathematical algorithms. Nakamoto chose to make his crypto-creating code open-source software, which means that other developers can — and have — created their own virtual currencies, many with marketing, engineering and programming twists that are designed to distinguish them from Bitcoins, which remain by far the most valuable of the lot.

Breakout Gaming plans to offer a complete suite of gaming opportunities, from poker to blackjack to slots and other casino games. They’ve also announced plans to offer fantasy sports (NFL, NBA, World Cup, MLB, etc.), and have even teased about the development of a new “fantasy crypto” concept: A game and a betting opportunity based on the relative success and failure of all those other hundreds of virtual currencies that exist … Bitcoins and all the rest.

“It’s doing two thing that that are really unique. One is the unique mix of games that does not exist right now. It combines traditional poker, casino but also fantasy. Fantasy sports, fantasy e-sports, crypto-fantasy games. So it allows us to be legal in different market and the second thing that we are doing differently is as you mentioned, we are coming up with our own break up coin. and the coin is what’s going to be used by players to play the different games but it also allows us take unique both the bitcoin type of cryptocurrency transactions for real currency.”

Watch the video and hear more from Gian Perroni.