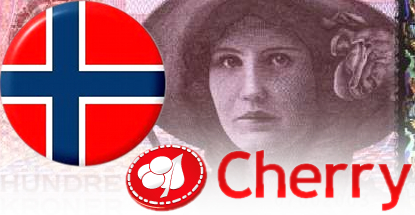 Norway has proposed strengthening its existing gambling monopoly by cracking down on internationally licensed online gambling operators’ advertising and banking. A report released this week by the Ministry of Culture claims international betting operators reaped 9% of the country’s total gaming market revenue in 2013. Gambling in Norway is supposed to be limited to the Norsk Tipping (gambling, lotteries) and Norsk Rikstoto (horse racing) monopolies.

The report says international firms are responsible for 90% of all television betting advertising. This has created confusion in the minds of Norwegian punters, 42% of whom believe the advertised companies were legally permitted to offer services in Norway. A further 20% weren’t sure as to the sites’ legal status. In October, Norway’s gaming regulator warned 24 online operators to cease their “illegal marketing” ASAP.

Norway’s government is currently having a dialogue with their counterparts in the UK to see if pressure can be brought to bear on UK-based gambling firms to cease their Norwegian-language marketing. Norway also intends to clarify its existing gambling advert prohibition by beefing up the relevant sections of the Norwegian Broadcasting Act.

Norway has proposed greater latitude in the type of games the state monopolies can offer online, including lottery sales and “more attractive” types of bingo. The report suggests merging the country’s Gaming Act, Lotteries Act and Totalisator Act into a single act that would allow “greater freedom for the government gaming companies to engage in self-regulation.”

The committee behind the report also cast its critical eye at social and mobile games, which are not addressed by current legislation. The committee believes a study is needed to determine whether games which “contain functionality for gambling … means that they should be considered as games of chance.”

CHERRY CUSTOMER’S DISPUTED JACKPOT
The government will likely bolster its attack on unauthorized operators by citing the online frustrations recently experienced by a 25-year-old Norwegian gambler. In November, Nina Larsen Kvam thought she’d won a NOK 842k (US $119k) jackpot playing slots at Cherry AB’s Malta-licensed Spilleautomater.com site. The site claimed the jackpot was a mistake due to a technical flaw, prompting Kvam to lawyer up, after which Kvam claimed Cherry offered her NOK 30k in compensation provided she keep mum about the cockup.

Kvam didn’t bite and took her case to Norwegian media. Spilleautomater CEO Marius Andersen told Television 2 that the company reserved the right to void bets in cases of system errors. A Cherry spokesman said the slot in question was new, having only been introduced on Nov. 20. Shortly after the launch, the slots provider informed Cherry that it had “decided to disable this particular game for all their partners” after determining that the game was paying out “multiple times the winnings as stated in the pay-table.”

Cherry called the erroneous jackpot “a very unfortunate incident” for which it was “very sorry.” However, Cherry maintains that it had “done everything by the book and are confident that this will be proved by any relevant legal entity or authority.” Kvam has suggested she intends to take the matter to Norway’s police in a bid to compel Cherry to make with the money.