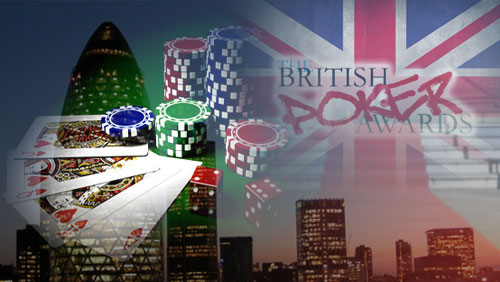 The 2014 British Poker Awards sends out a timely reminder that voting for the 16 different categories will end once Big Ben strikes midnight for the last time of the year, with news on the Best Poker League category.

When you play poker where do you call home?

Is it the European Poker Tour (EPT), The World Poker Tour (WPT), or is it your local pub?

One suspects that there are more people reading this article who play poker down The Dog & Duck than pure professionals. You are the bread and butter; you are the grassroots of the game, and the British Poker Awards (BPA) are set to reward the very bestat the 2014 awards ceremony.

The award for Best British Poker League has been handed out at every event since its inception back in 2010. It’s one of the most hotly contested awards, with three different winners in the previous four years.

Two of those former award winners are in contention for the 2014 award with Champions Poker League and the reigning champions Redtooth Poker once again up for nomination.

“While they might not get the television coverage like the larger tournaments seen all over the UK, poker leagues are important in continuing the development of the game at all levels,” said Michael Caselli, editor-in-chief of Bluff Europe.

“All five of this year’s nominees have played a significant role in giving people a friendly environment to play poker and learn the game at their own pace.”

The award is one of 16 different awards due to be handed to the best of British, in a glitzy ceremony due to take place in Central London on 23 Feb 2015.

Victoria Coren Mitchell is expected to be the star of the show. Not only did the Only Connect star become the first player in history to win two EPT Main Event titles, she has also become the darling of the poker playing public after taking a stand against her employers, at PokerStars, by leaving her position in a show of defiance against their introduction of casino games. Coren Mitchell is up for three awards, as are Simon Deadman, and Patrick Leonard.

Everyone is encouraged to vote, but you have to be quick. The action will stop on 31 Dec 2014. An independent panel of experienced poker journalists (and yours truly) has selected all of this year’s nominees.  PokerNews.com’s Matthew Pitt and PokerStrategy.com’s Barry Carter, RankingHero’s Nicolas Levi, Late Night Poker creator Nic Szeremeta and ‘Voice of Poker’ Jesse May adding that experienced.