March Madness is still a few months away but with the opening of 2014-2015 college basketball season, it’s never too early to start predicting which team has the best chance to win the national championship. 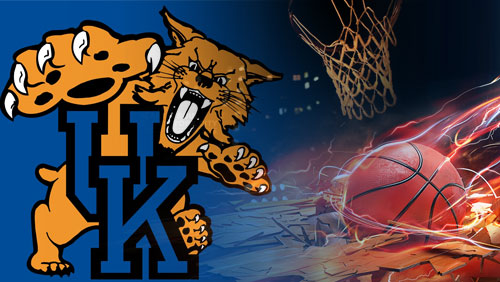 Not surprisingly, the pre-season hype and dialogue surrounding this year’s Kentucky Wildcats has dropped its title odds to as low as 7/2 in some online sportsbooks. It’s enticing to just give up your money on the Wildcats and call it a day but 7/2 pre-season odds doesn’t offer enough value to make a bet even before the college basketball season starts. This is a hype line generated by the incredible betting interest on the Wildcats these days.

If you want to bet on Kentucky, don’t do it now. There’s a good chance you’ll get similar odds in January when the odds for other teams inevitably drop. That’ll force bookmakers to adjust their lines, even on the Wildcats.

If you want to lock in other favorites, the Arizona Wildcats are the only other team with single-digit odds with the Duke Blue Devils closely slotted at 10/1 odds.

The usual public teams in college basketball are also getting some public action, including the Kansas Jayhawks, the Florida Gators, and the North Carolina Tar Heels, all three of which can be had from 14/1 to 18/1 odds.

The Wisconsin Badgers aren’t a trendy school, but they can be a dangerous team whose 10/1 odds appear to have some value attached to them.

If you’re looking at some sleeper teams, pay close attention to the Gonzaga Bulldogs (20/1), the Texas Longhorns (25/1), the Louisville Cardinals (30/1), and the defending champion UConn Huskies (40/1).

Now as far as who I like in the pre-season is concerned, I do think that the Wildcats have the best chance at winning the national championship. It has that all-too-ideal combination of star-in-the-making players like the Harrison twins to go with a Top-5 recruiting class. I’m just not comfortable at the team’s 7/2 number this early in the year. I don’t expect it to shoot up but if it goes to at least 6/1, maybe 7/1, I’m taking those odds on the Wildcats.