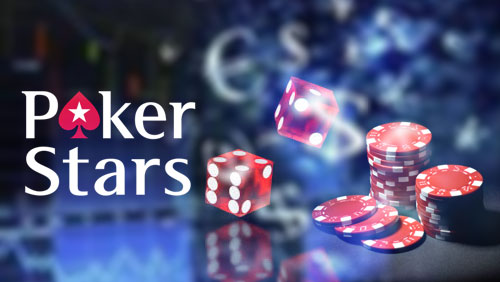 As a poker writer you always wake up with an optimistic breath that there will be something newsworthy to write about when you go through the morning headlines with steam bellowing out of your cup.

Sometimes it’s a bit of a struggle. These days – thanks to PokerStars – there always seems to be something to write about. Today, it’s a familiar theme, but a slightly different topic. That theme is ‘cost cutting’ and today’s topic is currency exchange rates.

At the tail end of the week, Michael Josem, Head of PokerStars PR, opened a new thread on 2+2 entitled: “PokerStars Currency Exchange Rates.” At the time of writing the thread has now grown to 25 pages long, and it doesn’t seem likely to be ending anytime soon.

The full post can be read here, but the nutshell version is PokerStars have changed their handling of currency exchange rates, and will start charging a margin at the point of deposit and withdrawal for exchanging USD to GBR, EUR and CAD.

It’s another Post-it note taken down from a white board entitled ‘PokerStars Cost Cutting Plan;’ A plan that has been implemented since the $4.9bn acquisition by the Amaya Gaming Group; a plan that we have not directly been informed of, but one that is obviously unfolding before our very eyes.

PokerStars Team Pro’s are leaving the site quicker than animals legging it into an ark built by Noah when the first drops of rain fell; long time affiliates are being hacked from site, changes are being made to the rate of bonuses & VIP programs, and some may argue that even the creation of a game that nobody can ever beat (Spin & Go) can also be part of the master plan.

And now this. A thread on a forum that most recreational players don’t even know exists, telling us that we are going to be charged for currency conversions. The best bit. The bit that has really pissed everyone off is the glaring omission of exactly ‘how much’ it was going to cost everyone.

These are poker players.

It seems that the damage is going to be 2.5%, but even a percentage figure hides the true impact. PokerStars Hall of Famer Mike “MeleaB” Brooks knows how to create maximum impact when he posted the following:

When people start adding unnecessary exclamation marks on the end of their posts, you can tell they are pissed.

It’s All About Bankroll Management

The post is Hollreiser’s opportunity to remind everyone of the great job that PokerStars has done. Of how they have made the right decisions – tough decisions – that have propelled them to the top of the market.

He has also pulled no punches by explaining that they will continue to do what they have to do when he writes: “We’ll continue to make changes when they have to be made. Some will go unnoticed, some you’ll cheer and some you won’t agree with or you will say are self-serving.”

Pulling a poker analogy out from under the rabbit’s ass, Hollreiser says: “I like to think of it as bankroll management. The choices we make today aren’t for short-term gain; they’re made because we believe they’re the right thing for tomorrow. We’ll continue to make tough calls to secure the game in the present and make bold moves to best invest in the future growth of the game.”

Costs Have to be Cut

During a recent confab with the Partypoker PR machine, Warren Lush, I asked him if they had one eye on PokerStars imminent arrival in the New Jersey online poker market. Lush told me that they were obviously concerned about the power of the PokerStars marketing budget, and how it allows them to create a more concerted and long term marketing drive in the area.

The increased costs of regulated markets is also something that needs to be taken into consideration. The 15% point of consumption tax, that PokerStars will have to start paying on Dec 1st on action taken by players residing in the UK, is another bunch of money that needs to be found from elsewhere within the system.

I’m not saying that PokerStars have gone around it the right way, but no sooner had Amaya bought PokerStars, using a sizeable debt load, then this was always going to happen. It’s just business. Unfortunately, for PokerStars it’s turning out to be bad business.

If you log on to 2+2 and look at the News, Views and Gossip thread, you will see no fewer than five main threads on the front page that are related to complaints about PokerStars in one way or another.

That’s a lot of trouble.

Whilst I agree that Stars have to do what is necessary to balance the books, and that PokerStars does have so much fat it makes a whale look like a piece of plankton, communication of these changes are crucial, because without the players, PokerStars are nothing, and let’s hope they are fully aware of this.