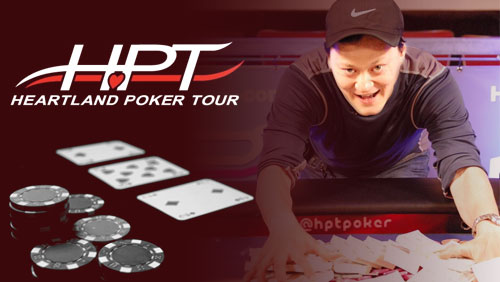 Joseph Christman wishes that the Heartland Poker Tour (HPT) came to Thunder Valley every day, and who could blame him, after he outlasted a field of 485 entrants to take the $165,130 first prize at the Thunder Valley Casino Resort in Northern California.

Indeed Greenblatt was the star attraction of the final table after taking a quarter of a million dollars away from the HPT tables in the past year. Greenblatt coming so close on two occasions with runner-up finishes to Jeff Madsen, in the California State Poker Championships, and another runner-up finish to Richard Monroe in the 2013 Main Event held at Black Hawk.

The heads-up action came down to a battle between Christman and the inexperienced Jon Des Pois – who was cashing for the first time in his life – and after 29 hands the contest ended with Christman calling a river bluff from Des Pois to take the title, and secure a seat in the season ending HPT Championships.

The next event will be held at the Club One Casino in Fresno.