Next Gaming Introduces King Of The Cage 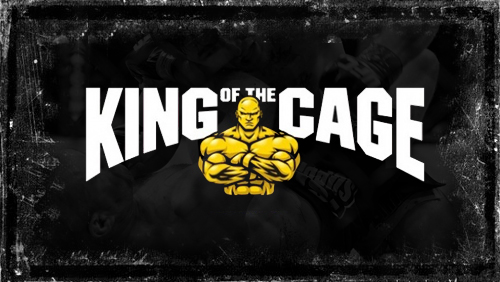 Las Vegas, NV, September 29 – Next Gaming announces the launch of its new mixed martial arts (“MMA”) game King of the Cage, which can be seen at Exhibit Booth 1935 at the Global Gaming Exposition (G2E) September 30th thru October 2nd at the Sands Convention Center at the Venetian Hotel and Casino.

The annual gaming industry show features companies from around the globe and Next Gaming is proud to celebrate its second year as an exhibitor. This year, Next Gaming will debut King of the Cage the first known slot theme game based on the globally popular MMA sport. Terry Trebilcock, founder and CEO of King of the Cage (“KOTC”) stated, “We are excited to work with Next Gaming in delivering a unique slot experience that showcases King of the Cage and MMA. With live nationally televised KOTC events currently in many casinos around the globe, the KOTC slot game is a natural in satisfying our customer’s entertainment and gaming desires.” Next Gaming’s CEO Michael Darley added, “We are pleased to launch this popular game theme at the largest and most prominent gaming show on the planet.”

King of the Cage is one of the premier Mixed Martial Arts organizations. KOTC was established in 1998 and has produced over 500 shows since its inception and currently performs over 50 shows per year around the world. Its television partner is MavTV, owned by Lucas Oil, and is seen by 650,000 views weekly. King of the Cage has been a career staple for countless stars: Forrest Griffin, Quinton Rampage Jackson, Rashad Evans, Ronda Rousey, Krazy Horse, Keith Jardine, Joshua Aveles, Urijah Faber, Joe Stevenson, and Diego Sanchez. All of these superstars will be featured in the game. Visit www.kingofthecage.com.

Next Gaming is owned by casino veteran Terry L. Caudill, who also owns the Four Queens Hotel & Casino and Binion’s Gambling Hall in downtown Las Vegas. Having built a true server-based slot machine system that was approved by Nevada gaming regulators in 2012, Next Gaming has turned its attention to slot machine manufacturing. “With an industry experiencing recent major slot manufacturer consolidations, Next Gaming intends to fill a void as a nimble manufacturer who caters and listens to the customers and casino operators,” said Caudill.

Next Gaming has been building a management team, acquiring slot theme I.P. rights and engineering a new cabinet design while concurrently expanding its distribution reach in the US tribal markets which now include California, New Mexico, Oklahoma, Michigan and Florida along with several other tribal markets pending approval. Recently, Next Gaming announced the appointment of Robert J. Piechowiak, a 30 plus year gaming veteran, as Chief Technical Officer. “We are pleased to have Rob join our family and look forward to his expertise in technology innovation and leadership for our company,” said CEO Mike Darley.